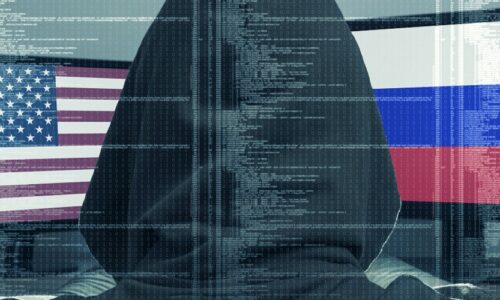 Cyberattacks have been front and center in the Ukraine crisis, as the country is not just suffering from conventional warfare as it fights with Russia. The country’s critical infrastructure has been repeatedly attacked, purportedly by hackers working for their next door adversary.

These attacks have targeted government websites, infrastructure and more with DDoS attacks and destructive malware. Cybersecurity firm Symantec has a detailed writeup of the latter, calling it a new form of disk-wiping malware that has targeted finance, defense, aviation and IT services.

Now, U.S. agencies and cybersecurity experts say those Russian cyberthreats against Ukraine may very well make their way to elsewhere in Europe or the U.S. if retaliatory sanctions and other non-military actions provoke them. There are no specific threats, but officials and experts are issuing warnings nonetheless.

Especially for critical infrastructure organizations including IT, healthcare, transportation, financial services, energy, defense, water and more as defined by the U.S. government, IT and security personnel should take these steps immediately. 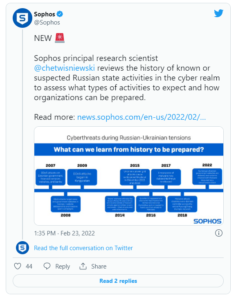