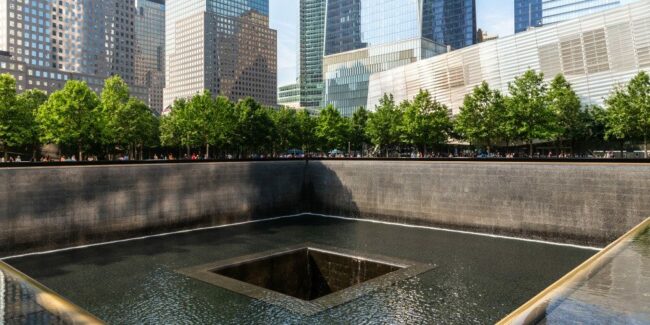 Life in the post-9/11 world means security technologies, systems, services and skills are more critical than ever before.

Sept. 11, 2001 is one of those dates everyone remembers precisely where they were and what they were doing. When the horrifying images of jetliners crashing into New York’s World Trade Center towers began to stream across every TV screen in America, people on the East Coast had just begun their workdays while those in the West were still rolling out of bed.

Being in California, I was among the latter, only having undergone lower back surgery I was chiefly confined to a prone position. Like our nation, my recovery would prove to be a long and arduous process that continues today. The days leading up to 9/11 were the only period during my 23 years with SSI in which I had to take extended leave for health reasons.

Oddly enough though, during my previous employment as a newswire editor I found myself in similar predicaments for two other high-profile events. Immobilized with back pain, I watched the Rodney King-related L.A. riots unfold on TV in 1992 as I laid flat on a mattress on the floor of my living room, and again two years later during the O.J. Simpson car chase.

Those situations were all-the-more surreal given the sirens blaring outside my home during the riots and seeing helicopters passing by my window in pursuit of O.J. As you can see, no good comes when my back gives out.

With my condition becoming more chronic and severe with sciatica symptoms affecting my left leg during ISC West in March 2001, I turned to surgery as a last resort. The first procedure in August that year failed to take, and so just three weeks later I had to again go under the knife — yes, back-to-back back surgeries. And the second one had complications.

Unfortunately, I am no better off today, but I have learned to cope and am no worse. Of course, my personal ordeal pales in comparison to those of the thousands directly affected by the tragic events of 9/11.

My closest link to the losses was having made the acquaintance of WTC Security Director Douglas Karpiloff, who perished when the towers collapsed, during a tour I took of the facility in 1999 (see photos here).

But my spinal troubles have called for two qualities families of the victims, survivors and rescue personnel have demonstrated in spades — resiliency and resolve. From that I find inspiration to face my own challenges, which is a tribute to them.

Once I reconciled the chaos and confusion of what had transpired with the attacks, the overwhelming feelings I was left with were anguish and anger. As a member of the media, I was afforded a platform to channel that rage to express my thoughts about the situation. But much more importantly, I was an agent of the security industry — and that empowered me to contribute directly to the effort to help keep Americans safer.

As fellow security professionals, this is a mission we all share, and in which we take tremendous pride. And rightly so because, sad as it may be, life in the post-9/11 world means security technologies, systems, services and skills are more critical than ever before.

Those capabilities combined with attributes like vigilance, determination and dedication have allowed our industry to play a key role in preventing atrocities approaching the magnitude of 9/11 from taking place on U.S. soil 20 years after the catastrophe.

We must concede the grim reality that there is only so much we can do since funding can limit the extent of our solutions, antiterrorism tactics intersect and overlap but ultimately exceed the reach of security on the evildoer continuum, and random and/or spontaneous acts of violence can be unpredictable and virtually impossible to prevent.

Nevertheless, there remains so much we can — and must — do. While it’s true we have been fortunate not to have experienced a comparable incident the past 20 years, I certainly don’t consider it, as some do, to be luck. It is largely the result of a strategic, committed and unified effort.

Regardless of which strata of the security industry you fall into, know you are vital to this cause and to be commended for its success. Now let’s get busy repeating the feat for the next 20 years.