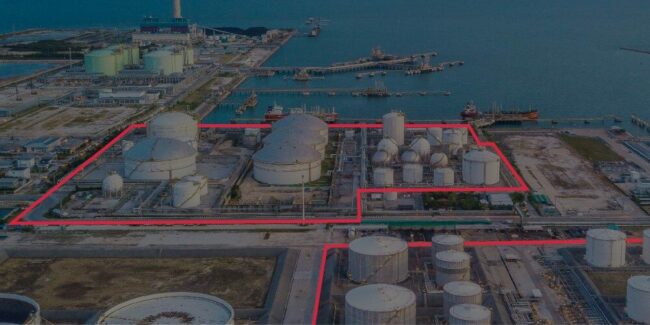 The most effective perimeter security solution is one that utilizes multiple tiers of defense. Here’s how radar detection systems complement other technologies and best practices for deploying these solutions.

Integrators have long relied on traditional perimeter solutions to provide their customers with physical and visual barriers to unauthorized access of sites.

Long stretches of fencing, gates and other perimeter technologies including video surveillance, have been the mainstays for applications ranging from critical infrastructure facilities and datacenters to car dealerships and the like.

Best practices dictate, however, that the optimal defense incorporates a layered approach, building on these exterior physical and visual barriers to include inner rings of detection, intelligent analysis, and alerts to create a secure perimeter.

Ideally, a perimeter security strategy should incorporate multiple tiers, beginning with a visual deterrent and an audio warning for the intruder. In addition, it should include early detection of a potential threat and then analysis of that threat to assist security staff in determining the most appropriate response.

Here are three reasons why radar is an important piece of a perimeter security plan.

Radar has been a go-to technology as part of a “rings of defense” strategy for many years, most commonly in industries such as utilities, airports, military installations and similar applications. Traditional radar technologies have provided superior detection of an incoming target or potential threat.

However, as radar has been unable to provide any additional intelligence about the threat — whether human or animal, friend or foe — it has remained as one of the outer, more utilitarian circles of protection.

Enter artificial intelligence (AI), which is transforming security technologies, including radar solutions, by providing the ability to detect, analyze and notify the threat.

Building on the multitechnology solutions approach, modern radar solutions combine superior radar detection in all weather conditions with pan/tilt/zoom (p/t/z) cameras and AI-infused software that determines whether the detected threat is local wildlife or a potential intruder.

Once a potential target is identified by the radar, a p/t/z camera is directed to the location of the target. After the AI-video classifier classifies the target as human, animal, vehicle or bike, software integrated into the customer’s video management platform can send an alert to operators of a verified event needing further identification.

The combination of radar, p/t/z and AI-enabled software allows for a highly reliable system that provides many benefits to integrators selling perimeter security solutions.

The technology enables integrators to provide a system that is often significantly less expensive than video surveillance perimeter systems — both in upfront capital costs as well as the total cost of ownership (TCO) — and is lower in nuisance and false alarms due to the reliability of detection and classification of potential threats.

A single radar unit and p/t/z camera combination can provide a wider field of view for detection and replace multiple cameras using video analytics. On average, one radar-p/t/z installation can replace as many as 10 fixed cameras. This can translate to significant cost savings when considering the infrastructure requirements of large perimeter camera deployments — cameras, poles, cabling and communications, and power infrastructure.

This is in addition to high installation costs and complexity, such as trenching and specialized equipment required to mount cameras on tall poles, such as manlifts or other heavy machinery. For end users, fewer cameras also mean fewer bandwidth costs and equipment maintenance expenses over the lifetime of the system. These costs can be particularly onerous for organizations with multiple locations, some of which are in remote areas.

This makes calibration of the cameras and analytics difficult and can translate into an ongoing project for integrators, requiring multiple onsite visits to resolve issues. As a result, integrators and end users face higher costs, which, in turn, can negatively impact their satisfaction with the system.

There are, however, some common challenges that integrators can face when incorporating radar into a customer’s existing perimeter solution, which can easily be overcome with training and consultation with the radar solution vendor. Proper deployment is key to achieving the most accurate detection results.

Radar deployment has a somewhat different logic than other perimeter technologies such as camera deployments or fencing installations. In addition to line-of-site, the radar devices also require careful positioning.

This challenge can be resolved by providing proper training to integrators in advance, performing an initial site survey, and using site-design tools while consulting with the radar experts to validate the deployment.

Radars also need to be integrated into the customer’s existing security system and preferred security software ecosystem. Modern radar solutions that also employ p/t/z cameras need to be able to easily integrate into these existing software platforms using standard solutions and offering quick support for implementing new integrations on demand or allowing the integrator to implement the integration themselves based on the software’s API/SDK.

Integrators should ensure they are managing customer expectations appropriately. While radars can be a superior solution, they are not “magic boxes” that can detect in any environment, such as through walls and heavy fauna, and provide absolutely zero false alarms in all conditions. Both the customer and the integrator must undergo basic training on radar technology to understand its advantages and where it is suitable for efficient and effective deployment.

New York-based Telehouse America is a global leader for data centers, international Internet exchanges and managed IT services. The company utilizes 24/7 monitored video surveillance and access control systems at its sites to ensure all sensitive data belonging to clients — ranging from fast-growing startup firms to multinational corporations in the finance, Cloud, IT and consumer sectors — remains maximally secured.

Over the years, the need for physical security on sites like those belonging to Telehouse has grown, and with it, a surge in relevant regulatory requirements and standards, to which the company must comply.

To continue to offer its clients leading secure data solutions, Telehouse made the future-forward decision to transition its Staten Island, N.Y., site from a legacy security system featuring fixed cameras, to a best-in-class layered security system that leverages the latest, most comprehensive and innovative technologies.

Opened in 1989, the New York Teleport datacenter houses 162,000 square feet of premium colocation space, within a secure 100-acre office park on Staten Island. While just 17 miles from Manhattan and less than 12 miles from Newark Airport, the site is surrounded by forested areas, where local fauna roam free. As such, the need to secure all the site’s multiple entryways against unauthorized personnel using 360° monitoring is a critical necessity.

Telehouse required perimeter security measures that were more reliable and affordable than infrared solutions or smart fiber fencing, and that could provide live alerts to security operators for real-time response, in addition to recording surveillance data for forensic and/or liability purposes.

Magos’ radar perimeter detection system was selected to spot potential threats across Telehouse’s property line, essentially creating a virtual fence around the building. Six radars with the Magos Mass + AI server were installed onsite, a solution that combines cutting-edge radar detection technology with AI-infused software to pinpoint and classify the type and location of all detected potential threats.

The MASS software automatically positions, and slews to cue, a p/t/z camera to provide a visual of the threat and uses AI to further determine the threat type of the detected target. For example, the AI has the ability to distinguish between a human trespasser and local wildlife and adjusts its response when recognizing a potential threat.

“Our perimeter security is the crucial first line of defense in our layered security strategy, and the Magos radar solution provides that high level of reliability and accuracy needed,” says Milad Abdelmessih, vice president at Telehouse America. “Hardening our facilities with intelligent and robust security technology such as that from Magos allows us to maintain high levels of regulatory compliance that is required to protect our customer’s sensitive data and maintain our operational uptime.”

The radar solution’s broad coverage enabled Telehouse to achieve the 360° site monitoring capabilities it requires, regardless of environmental or lighting (day or night) conditions. This enables security staff to know who arrives on site and when, and to be able to react to potential events with a significantly faster response time.

The original design for the project included the purchase of hundreds of cameras designed to run video analytics, along with the related infrastructure for such a massive camera deployment.

The installation of Magos radar technology was said to provide superior detection and analysis in a more cost-effective solution, significantly increasing the ROI of the Telehouse security investment.