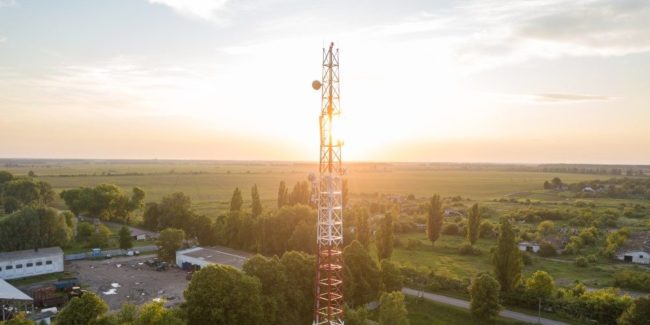 With this most recent evolution to 4G, it is without question that the entire industry must engage and focus on proactively installing 4G systems and upgrading all existing previous generation cellular systems.

The security industry and users of cellular devices of any type are facing the great challenge presented by the sunset of 3G cellular networks. Although this is not the first sunset of a cellular generation, it is the largest ever faced given that the world now has more wireless devices in service than ever before.

With the mandate to upgrade millions of systems to 4G/LTE, dealers and monitoring centers must look at this as an opportunity to both assure their subscribers have the proper systems and, most importantly, standardize on a service and/or platform for servicing their clients.

Having to replace radios doesn’t mean they have to remain on the same platform. Many dealers are choosing to move platforms as most systems support a variety of platforms such as Alarm.com, SecureNet, Alula, etc.

From the early days of long-range wireless communications, the industries have had to deal with change. Sometimes this comes in the way of positive change with the introduction of new radios, sometimes it’s change with the sunset of a network.

Early on it was the sunset of the analog radio networks, then 2G and now 3G is slated for permanent retirement. As time progressed choosing a wireless partner has also introduced other decisions such as platform, backend portal, mobile applications, system interaction and programing. In short, cellular systems and communications is not just a means for central station connectivity anymore.

Compound the decisions required on selecting features and benefits, with the little-known differences between cellular radio types and manufacturers and you have a process that requires some focus and thought. Interesting enough, it’s likely that many dealers don’t realize some of the faint and some of the drastic differences between providers and radios.

Most conversations pertain to pricing and sometimes features, but rarely around the services infrastructure. Taking all this into consideration, understand that during this sunset the industry has more choices of postured platforms than it did during the previous sunset. Choices are always good especially when it comes to service levels, features and economics.

The Sunset at Hand

Public statements by carriers have communicated that the entire 3G cellular network will be retired and shut down in its entirety no later than Dec. 31, 2022. The silver lining and good news regarding this migration to the 4G network comes from the other acronym, LTE (Long Term Evolution). It is expected that this new 4G network will have a lifespan that extends to mid-2030s and possibly beyond.

Anyone who has been through this before knows that December 2022 is not the only date that should concern them. It is the targeted drop-dead date of the entire network. The industry knows from experience that the networks will start to thin out, water down and coverages will start to diminish much earlier than that date.

Why would anyone want to add new technology that is considered old and, from a business standpoint, add elements to the entire business equation that will essentially accelerate attrition and potentially reduce company equity by reducing its value should the business want to sell or even borrow against its subscriber base?

Elements That Separate the Players

Once you get past all the technical elements and features of the offerings and mobile applications and portal, you still have other items to consider when choosing a cellular radio and network provider.

Manufacturers, now that they are part of the network offerings, are a lot more than just a company that builds and distributes gear. These manufacturers have comprehensive backend systems, NOCs and portals. It is essential that this all considered.

This is probably one of the most important factors. What does the provider’s backend and network ecosystem look like and what kind of diversity does it offer? It’s apparent that cellular communication is the preferred method of alarm communications and controls, even more so than private radio networks.

With this most recent evolution to 4G, it is without question that the entire industry must engage and focus on proactively installing 4G systems and upgrading all existing previous generation cellular systems. Most importantly industry professionals must understand that this is not just another sunset from one generation to another.

Electronic security and life-safety professionals owe it to themselves and most importantly their subscriber base to understand and focus on selecting the proper and best cellular LTE radio and network provider. The radio, cellular network level, backend, portal and mobile applications and control are all essential elements that must be deliberated before engaging with a provider.

The good news is that it is expected that this LTE will remain current and in service for many years to come. Communications to existing subscribers should have already started toward educating them and getting them secure with the proper technology. Equally important dealers should educate and communicate to potential and new subscribers why LTE must be part of their new systems.

This is essential because so many are still selling 3G because they purchase gear at a discount and increase margins. Consumers do not know the difference and will find themselves in a position very soon where they have invested further to upgrade to 4G LTE.