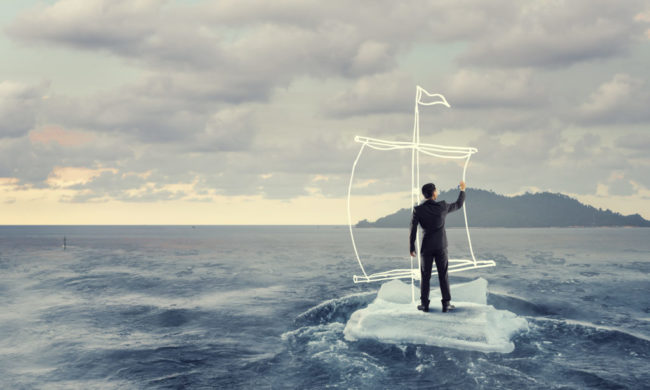 AVIXA has launched a weekly virtual get-together of live events professionals and others in the AV industry looking to talk about the effects of the coronavirus outbreak on them and their companies dubbed the Business Survival Exchange.

The Business Survival Exchange serves as a companion piece and follow-up to Tom Stimson’s weekly webinar series called “The Show Will Go On,” in which he shares insights and advice with hundreds of live events professionals who found their livelihood uprooted because of the COVID-19 pandemic.

Attendees of the Friday AVIXA gatherings don’t have to have listened to Stimson’s weekly webinars, but most of the discussion, both in the larger group and the breakout panels that follow, are focused on the insight he’s sharing, says Amanda Eberle Boyer, AVIXA’s senior director of member services.

But the Business Survival Exchange is about more than that, she says.

“We wanted to make sure we were supporting those webinars and the live events community,” says Eberle Boyer. “The conversation really had legs. It seemed like there was more time needed to talk about what was on the webinar, but also to exchange ideas with others and share where they were having challenges and building a community.”

The AVIXA Business Survival Exchange attracted more than 100 people in the first two weeks, says Eberle Boyer, including some participants who heard about it through the association’s Live Events Council. It’s gone from an hour the first week to 90 minutes or more in subsequent weeks, she says.

“This is a brand-new program and we want to make it beneficial for the participants,” says Eberle Boyer. “If there’s something we can do different or try, we’re open to that. People seem to be really enjoying it and liking the conversation. The great thing about the AV industry is we are a huge community.”

AVIXA has focused the Business Survival Exchange on the live events segment of the industry for now but is considering expanding into other areas of AV in the future, says Eberle Boyer.

How the Business Survival Exchange Works

All participants in each week’s Business Survival Exchange start in one group, but are broken up into smaller groups of about six people after a recap of Stimson’s most recent webinar and action items. The small groups come armed with topics to discuss and most have facilitators to keep things moving.

“Our goal is to help foster community, to be there to support the industry however we can,” says Eberle Boyer. “We’re all up in the air about when this is going to be over, when we’re going to be able to see each other in person again.

“Any opportunity we can to bring people together, even virtually, whether it’s so people know they’re not alone or knowing that you have an industry of peers, of friends, that’s of high importance,” she says.

Now it’s time for AVIXA and its members to be thinking about what’s next for the AV industry in the next month, the next six months and the next year and how those changes will affect them, says Eberle Boyer. The Business Survival Exchange is one step in fostering relationship to rebuild it, she says.

AVIXA has opened its online training catalog through June 12 to all members and is exploring other virtual gatherings of its members along with additional training opportunities as the market research department continues to track the effects on the industry through the COVID-19 Impact Survey.

Although AVIXA seeks feedback from Business Survival Exchange participants each week, officials aren’t looking to spy or get themselves involved in the discussions their members are having during the gathering itself, says Eberle Boyer.

AVIXA leadership is exploring ways to continue the virtual discussions in some form even after the AV industry begins to recover, perhaps running them through the association councils, she says.

“We want to respect the time that industry professionals have with each other without us listening in,” she says. “It’s a time for them to come together and talk about whatever they need to. We’re finding that people are really enjoying it.”