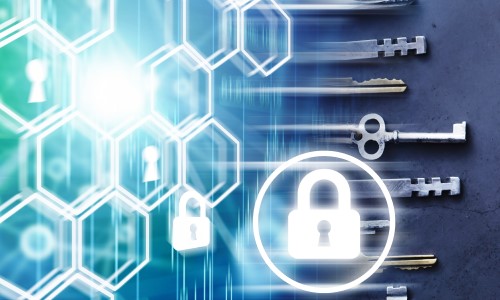 Ron Davis has heard from multiple people in the locksmithing business that it is a natural lead-in to all security products.

Michael Karch’s name may not be familiar to readers of this column. It should be. He is a powerhouse in the industry and is the owner and president of Floyd Total Security in Bloomington, Minn.

Karch is kind of a low-key guy, couldn’t care less about getting his picture in a magazine, or for use with my column, and has built one of the more successful, full-service security companies in North America. It does residential, commercial, DIY and, by the way, is the oldest locksmith (full-service) in the area.

As it turns out, Karch is also an old friend of mine, probably going back 50 years or more. We kind of lost touch over the past decade or so, and then just recently he called, just to catch up.

If you could have been an eavesdropper listening in on that phone call, you probably would’ve gotten insights into one of the best, firsthand success stories ever to be written in my column.

All of Floyd’s divisions are successful, both numerically and financially. But most people in the industry would not guess that his locksmith business is probably the most successful, simply because in addition to selling and installing locks, the amount of referrals the company gets from this activity is almost astounding.

In fact, Karch believes that a good part of the success the company has achieved has been because of the lock division.

Interestingly one of the most successful businesses in America, located just about 300 miles south of Bloomington is ADS in Aurora, Ill. and its president, Bob Bonifas, has always believed that his lock business (still operating) is probably one of the biggest lead developers in the security industry.

And we have many other stories about alarm dealers that also have used their locksmithing business as an entrance into the full security spectrum. Anyway, Karch and I talked so long that I forgot to ask him my signature question: If you had just one really great idea to share with the industry … etc. Instead, I got answers to a whole plethora of great questions. So here they are.

Karch started his story by saying that Minnesota was really ready for this. The “this” is believed to be a full service security company that Karch took over from his family. And interestingly enough, he followed that statement up with another, “If you’re going to ask me if I would’ve done anything different the answer, would be simply, ‘No.’”

This is a man, who along with his top-notch management team, has built a great company and still loves it. He enjoys going into work every day. He enjoys the interchange between all of his employees and himself (if you Google Karch’s name, somewhere you’ll see a couple of hundred photos of the Batmobile and Batman, and his employees raising funds for a local charity).

He enjoys meeting and talking with customers. And since our conversation took place during the height of the coronavirus outbreak, he let me know that 43 of his people were working from home, and that didn’t slow down new sales and installations in the slightest. Although he had to adjust one of his skills, using the Internet, for better communications.

Also, during that time there was no greater percentage of cancellations than at any other time in the year. And somewhere in the conversation he mentioned, somewhat casually, that the credit department was instructed not to cut anyone off from service as a result of not paying bills during this crisis.

All of the divisions in the company were still busy, particularly his locksmithing company. I had the feeling that Karch feels that this was really the foundation for his success. Is there a lesson here for today’s alarm dealers? Is there something to be learned?

I believe so, since most of the people I have talked to in the locksmithing business have told me that the business is a natural lead-in to all security products, and many have said that it has been the singular reason for the company’s success. It might not be a good time to start a locksmithing business, but it could be a good time to buy one, if there are any available in your market.

If not, why not approach some existing locksmith and talk about a joint venture? That could be just as good as having your own locksmithing company without the headache of starting one up. However, knowing Karch as well as I have in the past, I think I know, perhaps better than him, what is really the underlying reason for the success of his company.

It’s not just his love for the business or a great avocation, but rather, it is the way he has treated his employees ever since I’ve known him. He treats each one as an equal. And everyone in the company is given the respect that the job they’re doing deserves. I think it’s probable that Karch feels that what he does is more than just a job or profession, but rather a calling for doing good things.

He was so positive about the future, he started a new division to take advantage of the DIY business. He’s very sure that the success of so many entrées into the industry is not just temporary, but ongoing.

He feels that more people are going to do more to protect themselves in the future, and based on what he’s done in the past, I don’t believe he’s wrong. On the contrary. He feels commercial business is poised to grow, substantially. The smart home is poised to add new products and services that could easily be bundled with security systems for a truly smart home.

Karch is one smart guy, and I’ve been fortunate to call him my friend. As if to substantiate that, we both discovered that we spend winters in Florida living about a mile apart. We’re definitely going to change that next year!