Sometimes, all it takes to launch a successful career or multibillion-dollar global business is an opportunity.

While I’ve yet to reach billionaire or even millionaire status (or anywhere close), I owe some of the progression of my career to a college friend who worked for the publications where I applied to work and dazzled them so much that my association with her basically landed me the gig.

I got my other jobs—including the one I landed with Commercial Integrator almost 10 years ago now—in part because the person or people in charge of hiring had a similar background to me in the newspaper world and they knew I could handle whatever challenge is thrown my way.

Those who come up with the most impressive pitches will walk away with $25,000 to help their small businesses, paving the way for them to launch a company and products that might not otherwise be available to a wide-scale audience.

John and his fellow stars will “share experiences and advice in a series of one-on-one conversations” during the virtual Black Entrepreneurs Day get-together, which will stream live on Oct. 24 and be available on Facebook, Twitter, Twitch, LinkedIn, YouTube and TikTok. 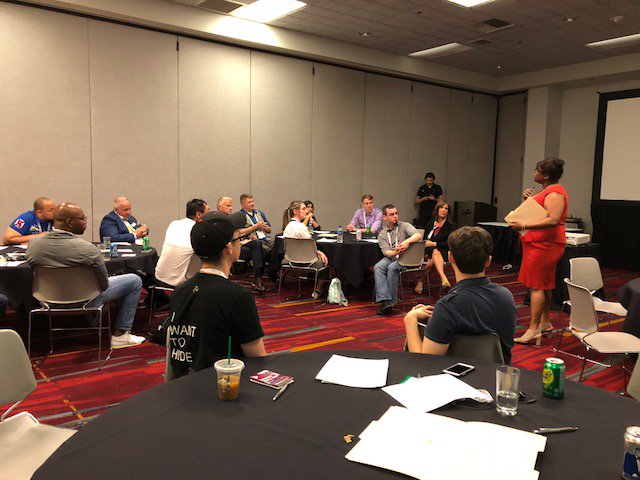 From Opportunity to Success Story

John shared his path to Shark Tank and fame and fortune during the AVIXA AV Executive Conference a few years ago, highlighting the fact that he had people who gave him advice along the way and helped him find ways to build his clothing empire into something people around the world wanted.

Most business owners didn’t achieve their success on their own and they had people who guided and helped them to take particular steps that pushed them closer to the top of their professions. It’s nice of these celebrities to remember their roots and give people who need it a boost that could change their lives.

I can’t wait to see how Black Entrepreneurs Day and other opportunities for people who might not otherwise get it will reshape our world and particularly what is will mean for the AV integration industry. If you’re sitting on an idea you think could change this industry or this world, here’s your big chance.