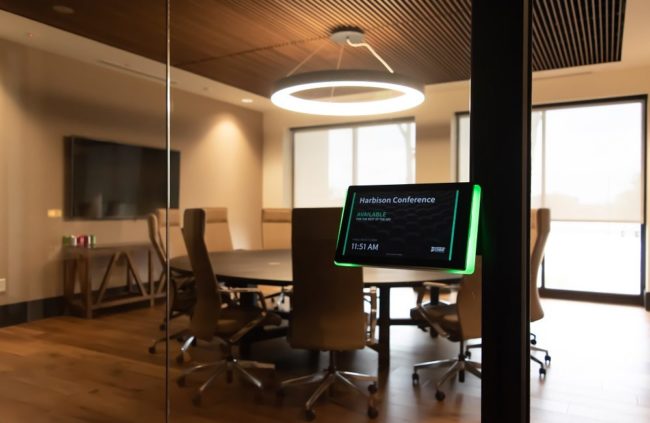 These sound masking misconceptions may be common in the world of corporate clients, but nothing a little education can’t fix.

While some employees are beginning to matriculate back to the office in small streams, corporate spaces are still largely nowhere near capacity. As such, there’s been some talk about the “eeriness” of these spaces, according to David Smith at Lencore.

“When you have a space that has a capacity for, say, 100 people, and you only have an occupancy of 25, they’re gonna they’re going to feel that eeriness,” he says. “It’s going to be awkward, in terms of the overall comfort level of the environment.”

We’re used to sound masking technology being used to cut down on noise in spaces which are more fully occupied. But can the same solutions help make hybrid workspaces sound “busier?”

Let’s review a few common customer misconceptions about sound masking so that integrators can better sell these solutions in a changing corporate environment.

That it makes spaces quieter

A common misconception is that sound masking makes a space quieter. But Smith says that summation is misleading.

“Yes, it does help the environment become more productive by masking indirect speech. But really, masking has the capability of increasing that level of comfort within the space.”

That it is simply “white noise”

Something integrators hear a lot from their customers is the dreaded phrase “white noise.” It’s a common laypersons’ term for sound masking, and it’s what seems to be Googled most in terms of people looking for solutions to sound problems within their office environment.

There is some truth to the term from from a scientific standpoint, that white noise tracks like white light, with certain levels of frequencies within a dynamic range that can be masked or covered up with other frequencies.

So there is a component of actual white noise that’s used within sound masking systems.

“The trouble with just using a purely white noise based system is that it’s going to feel very harsh and scratchy and uncomfortable,” Smith says.

“It starts with having a broader band, getting all the way from white down to pink noise and blending those together, it’s kind of like listening to music without a bass.”

“You want to create speech privacy, and you can do that by really increasing your noise level with any type of a device above indirect speech levels, but that’s not going to necessarily guarantee you a comfortable environment. So the quality of the sound, and having that blend of white and pink noise within that range, creates that comfort comfortable level for for the employee or the or the occupant of that space.” 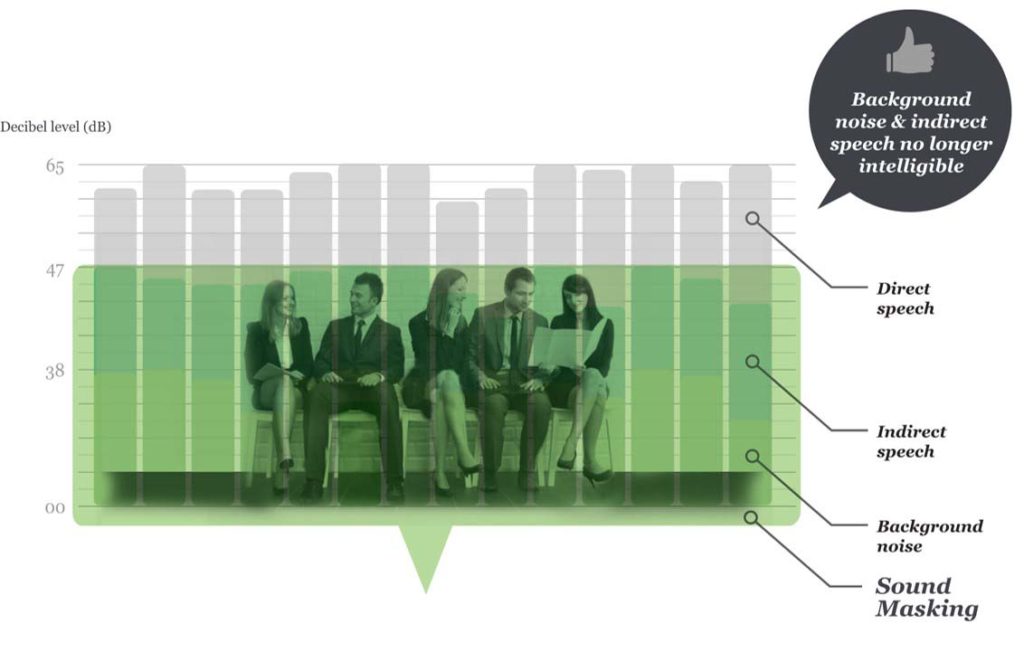 That these systems should be placed in conference rooms

Another misconception seems to focus on where the actual system is placed. Should sound masking systems actually  be placed in the conference room, where clients often ask for them? M

Many clients feel that if they can hear the sound masking, it must be doing its job creating speech privacy, but ultimately, what they should want the masking to be where the ears are.

“What we’re trying to do is raise that ambient background noise level just above indirect speech levels, so that you’re not distracted, you’re not being pulled away and listening to the overall conversation,” Smith says.

But if there are clients who are looking to particularly save on cost, and don’t want to put those additional speakers within that space, then the recommendation would be to make sure that they’re on the outside of the perimeter of the conference room.