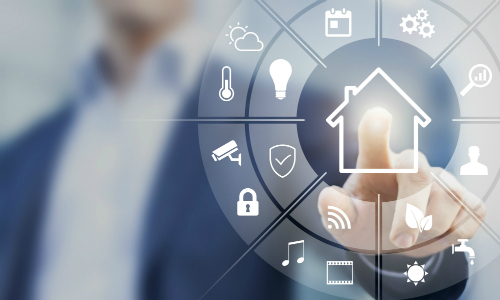 A new survey finds Millennials and Gen Xers will invest in additional comforts at home while Boomers are eager to get out once the pandemic ends.

BOSTON — More than two in five American homeowners (42%) indicated they will spend more time at home compared to last year, even when economies reopen following the pandemic, according to a new survey of U.S. homeowners released by Hippo Insurance and DIY security provider SimpliSafe.

This finding indicates that insecurities brought on by COVID-19 will have a lasting effect on Americans’ emotional and financial well-being. The survey revealed that the vast majority of homeowners (78%) feel on edge about their current situation, and one in three say they have never felt the same level of uncertainty, even compared to the previous Great Recession.

These unsettling times have likewise created a feeling of financial insecurity, with well over a third of respondents (39%) feeling less secure about their financial situation than they were at the start of the year.

As a result of these emotional and financial concerns, U.S. homeowners now have a desire to spend more time at home than they did prior to the pandemic. This decision has been further cemented by the realization that the home can serve as not only a place to relax and unwind, but one where people can safely work, study, exercise and play, according to the report.

One in three respondents (33%) report they simply enjoy being at home more than other places, and another quarter (24%) say it’s more convenient to work, shop and relax at home. However, the sentiment of convenience is not equally felt across all generations. Millennial (34%) and Gen X (30%) homeowners are more likely than Boomers (15%) to report that being at home is more convenient to work, shop and relax.

Home has long been the most important financial asset for a majority of Americans, and the financial insecurity homeowners are now feeling has led them to further prioritize its protection, the report suggests.

More than half (55%) of those surveyed said the importance of protecting the financial value of their home is more important today than when they first bought their house. Most Americans (58%) plan to make long-term investments for their home when the pandemic ends, as opposed to less than half (42%) who plan to prioritize home goods.

“As the COVID-19 pandemic took hold across the U.S., we saw Americans desperately seek peace of mind, and being proactive about their safety was one way for them to exert control over an otherwise out of control and unpredictable situation,” says Matt Wolf, director of partnerships at SimpliSafe. “While changes in consumer behavior and sentiment were brought about by the pandemic, it is clear that these changes will not disappear with the pandemic. Home will continue to take on heightened importance, and so, too, will the products and services that make home a healthy, safe and protected place.”

The home is taking on a increased role in assisting Americans establish a particular place of comfort, safety and stability during a time when feelings of insecurity are grander in all aspects of people’s lives, says Yuval Harry, vice president of partnerships at Hippo.

“What was historically a place where we eat and sleep, the home is becoming so much more and therefore requires modern services like the ones we provide at Hippo to keep it protected: from the policies that insure it, to home maintenance that helps with general upkeep, to fast-acting alerts from smart devices that identify potential risks early,” says Harry.

The survey, which revealed the pandemic’s impact on consumer sentiment and behavior, polled 1,000 U.S. homeowners, from June 3-9. The survey was conducted by Wakefield Research for Hippo Insurance and SimpliSafe, which partnered earlier this year to provide homeowners with access to more options and enhanced peace of mind when it comes to protecting their homes, which is important now more than ever before.