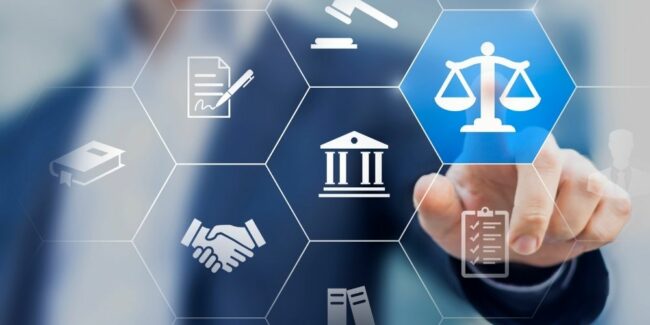 While there is little legislation that deals with integration directly, plenty of new laws and regulations can have significant impact on how integrators do business.

It’s difficult to log onto a website or turn on the television without hearing about politics as if it’s a sport or television series. As a result, it’s easy to forget that beneath the rhetoric most highlighted, real laws are being passed that have real benefits and, sometimes, consequences.

With that in mind, let’s take a look at legislation being discussed for the coming years that may affect integrators in ways they don’t realize.

“We’ve had all the goodies in the Christmas stocking that we got in the latest COVID relief bill, but now comes the coal in the stocking to pay for it,” says Dean Zerbe, national managing director of Alliantgroup. “Washington is spending a lot of time thinking and focusing on taxes, particularly tax increases that they may be levying on businesses and business owners.”

Lawmakers will do this through reconciliation, meaning they can get this done with fifty votes. It will limit how much increase is possible, but Zerbe believes they have a path to move  forward with tax increases.

“I would expect that the corporate tax rate will go from 21% up to 26%, 27%, or maybe even 28%,” says Zerbe. “Then on the ordinary income rates which would really affect the passthroughs, escrows, LLCs, and partnerships that people may be organized in, you could see those rates go from 37% up to 39.6%.”

Democrats are feeling comfortable enough with the state of the economy that the initial timeline for tax increases many expected will be much quicker than first thought. “We’ll see, and we’ll see about the timing of it,” says Zerbe.

Zerbe also encourages integrators to keep an eye on capital gains taxes. “There’s a strong interest from the democrats to raise capital gains from 23.8% to 39.6%. That might be more for folks with significant capital gains.”

199A of the Internal Revenue Code is also of great interest to integrators, which, according to the IRS website, “provides many owners of sole proprietorships, partnerships, S corporations and some trusts and estates, a deduction of income from a qualified trade or business.” Zerbe doesn’t believe this is a first order of business for democrats, but he does believe they’ll take a look at 199A.

“Estate tax is another area that I think they’ll at least make a run at,” says Zerbe. “I don’t think they’re going to go that far. You’ve got a number of Democrats that are keen on keeping in place the estate tax as it is.

“I don’t see that being as robust a change as you may be hearing in the newspapers,” he says.

As for timing, Zerbe expects conversations to carry into the fall before changes are made.

“The more you’re looking at it being a fall activity, the more I would think the natural course would be to do it effective date of enactment or, more likely, the new tax year,” says Zerbe. “January 1 would be the logical starting point for that.”

Zerbe also doesn’t expect any of these increases would be put in place retroactively, and that there is more chatter about having increases count only going forward.

When it comes to wealth tax, Zerbe doesn’t believe that Democrats will have the majority necessary for the votes needed. It’s a cumbersome revision to enact something along those lines.

“They have been looking at thumping high wage earners at businesses, particularly corporations. The most recent bill didn’t get a lot of attention, but they did a significant change on 162(m), which is the allowance for deducting high wage earner income for corporations,” says Zerbe. “I could see them digging into that area a lot more.

“A lot of clouds on the horizon in terms of tax. We’ll see what they pass but I certainly think that it’s real that they’ll be making a strong push on that this year so hold on tight,” he says.

“The thing that’s concerning us more than anything right now in prevailing wages is we just have to know what the rules are before we put a price on something,” says NSCA executive director Chuck Wilson.

“Some states are trying to enact legislation that says the project should be broader than just the job site,” he says. What about the person driving materials to and from the job site?”

Another example is with staging. Integrators pre-fabricate and build up a lot of equipment racks that will eventually make their way to the job site. Is that an extension of the job site as well?

“Where does it end?” asks Wilson. “What we’re trying to do is seek clarity on what we mean by the project site so that we don’t underbid what it was intended for by either the law or the construction specification documents to define what that site is.”

Other states are working in the opposite direction through selective project elimination. If a school is being built in an area, prevailing wage will drive cost up significantly. The school will then file a lawsuit against the state that says they shouldn’t have to pay prevailing wage in a right-to-work state.

“We just have to know,” says Wilson. “If we’re following legislation that changes the rules of engagement then we want our members to know about that before they get themselves in trouble on a project.”

“This is a big deal,” says Wilson. “Last I looked, we had 118 different cyber bills that were being proposed. We try to read those and see what the impact is on the integrator. I am almost certain that we’re going to have a requirement for our members that are working at the network level.”

If true, this could impact any integrator that installs an IoT device, connects conferencing, collaboration, or digital signage systems to the network, or works with other IP-enabled devices.

“We’re going to have some sort of commissioning certificate or credential requires as the legislators get involved in this. Certainly, the insurance companies are already involved. As other people get involved in this,” says Wilson, “Not just the industry who hasn’t really stepped up fast enough to determine what kind of professional requirements should be used.

“Until those standards are enforced in the form of a credential or certificate that we have to have it’s kind of the wild west out there still,” he says.

Security and AV integrators that are putting in these devices that are increasingly being hacked will face difficulties if not involved in the discussion around credentials. “If we don’t get our industry to create a commissioning minimum level of competency, then insurance agencies and lawmakers will do it for us. I prefer the former.”

While integrators do have partners such as Zerbe’s Alliantgroup that can help them increase their cybersecurity, it’s still up to integrators to make sure systems they install have a low chance of being breached.

“Our mantra there is if you sell it you have to secure it, and we’re trying to get our industry to rally around that thought,” says Wilson.

Not all tax news is bad for integrators, Zerbe points out.

“There’s actually a lot of great news for businesses and particularly for systems integrators in terms of sharpening your pencil and taking advantage of what’s there in the tax code,” says Zerbe.

The R&D tax credit, which is the most robust credit in the federal tax code for businesses, is of particular interest to integrators. While it may not seem like it at first, Zerbe assures integrators they are prime candidates for such credits.

“It’s something that we’ve worked closely with NSCA and helped a host of systems integrators do wonders in terms of keeping dollars in their pockets,” says Zerbe. The R&D tax credit is focused on applied research to the project at hand, something Zerbe says is a common act by integrators.

The employee retention credit is also of great potential help to integrators. First introduced in the initial COVID relief bill, this credit has since been expanded both in terms of actual dollars and length of time for which the credit applies. “It’s thousands of dollars per employee, and it’s something that systems integrators need to take a strong look at to see if they qualify,” says Zerbe.

179D, the energy efficient commercial buildings deduction, applies to integrators that are implementing heating, lighting, HVAC, and other energy efficient technologies. “It’s a perfect fit for integrators working on government buildings,” says Zerbe. “The government can transfer that deduction to the company. Think of public schools and universities – those are terrific candidates for it.”

Basically, if the building being put in place will have energy standards above a certain level, then the integrators working on those types of building can find deductions for helping them reach that level.

“There’s a lot of provisions in the tax code that don’t make the headlines,” says Zerbe. Integrators need to dig in and reach out to organizations like Alliantgroup to find out what they’re leaving on the table in terms of tax deductions.

The biggest thing integrators can do to avoid potential fallout from tangential legislation is to pay attention to what is happening at a local, state and federal level.

Wilson notes that NSCA has an interactive legislation tracker that allows users to drill down into legislation that might affect them. Associations like NSCA pay attention to these things, and members should heed warnings of what may yet be to come.

Darren Reaman, director of government affairs at CEDIA, says that getting involved at a local level is paramount. “Introduce yourself to your local legislators,” he says. “If you make that key introduction, that legislator may wonder who they know relevant to an issue. That can pay dividends when those issues that we’ve talked about come into play.”

Zerbe, a Washington insider with a long history of literally writing the text for these types of bills, reiterates Reaman’s point.

“I was on the Hill almost 20 years. The most powerful thing you can do is get a meeting,” he says. “They don’t hear enough from sophisticated small business owners. You all are the ones that really matter.”

It’s easy to be cynical about politics in this day and age. In many ways we’re conditioned to be cynical. But if you come into it fresh and earnestly walk legislators through the impact from your perspective, more people will listen than you might imagine.

At the very least, integrators will do well to keep an eye on this legislation that may affect their business.

Other Legislation to Keep an Eye On

Gig Economy – Many states have begun introducing laws that define who is classified as an independent contractor. Taken to the extreme, integrators that hire employees for specific products may be on the hook for benefits.

COVID-19 – As vaccines become readily available many organizations are mandating vaccines for clients. When integrators work for some hospitals or government facilities with these mandates, the mandate effectively passes to the integrator’s employees as well.

Power over Ethernet – Some states are fighting to require an electrician’s license in order to run PoE cabling. This would be a huge blow to basically any integration firm at this point.

Antitrust – Several states have legislation proposed that would dig back into federal antitrust restrain and trade laws. Pricing needs to be level for everyone, not just the largest companies. This opens up the conversation about discount pricing, buying co-ops, and other favorable pricing agreements.

Infrastructure – The Biden administration has discussed an ambitious investment into infrastructure including train stations, airports, and other facilities integrators install technology with often.