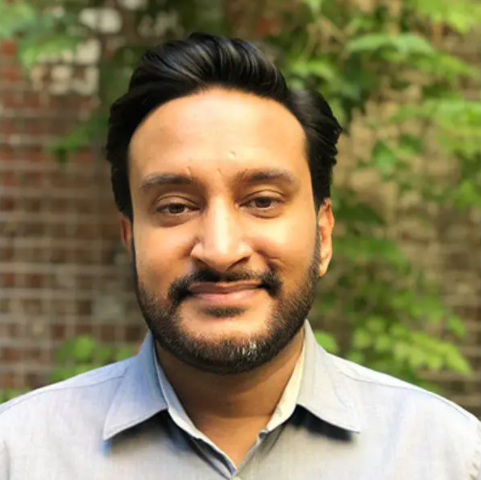 Adeell Tufail, head of Devices & Services Partnerships at Google, keynoted the CEDIA Tech Summit. He says the era of ambient computing is the next phase of technology for the home.

“The coming decade is the decade of the integrator,” says Adeel Tufail, head of devices and services partnerships at Google. “When you are thinking about who wants this stuff… at this point it is almost everybody. People want technology, but they cannot do it themselves.”

Tufail was the keynote speaker at the recent CEDIA Tech Summit in New Jersey, where he covered a range of topics during the keynote, addressing the upcoming Matter standard, voice control, the DIY market versus the Do-It-For-Me market, and the growth of professional installation.

Speaking to a crowd of about 75 attendees, he noted data from Google showing that while many consumers purchase Nest thermostats and Nest doorbells, they quickly find that they are not comfortable installing it on their own.

“We see it all the time with people thinking they can install it themselves and they can’t. They usually try to do it on their own, but most times cannot do it,” says Tufail. “There is more ‘Do It For Me’ than DIY.”

He says smart home technology requires digital settings and connections that older analog devices did not require. That means integrators will be able to charge consumers for installation labor for digital devices that they could not have earned for analog gear.

Tufail cited data that by 2023, the average U.S. home will have 21 connected devices. He touted voice control as a growing trend, noting that it is desired by Millennials, Gen Z, senior citizens, and people with special needs.

“Those are all key demographics for voice control and smart home technology,” he says.

Tufail says Google’s ultimate goal is the create a “Thoughtful Home,” and he played a well-produced video showing a family interacting with their Google Assistant to control their smart home.

To Google, a Thoughtful Home is more:

Helpful — It keeps you safe and secure
Contextual — It anticipates your needs and gets you things just the way you like them
Accessible — It helps each individual within a home be more productive, or helps them unwind

“Voice is not radically new. Google has been doing voice control for 11 years, but Google Assistant just brought it to the forefront,” he adds. “You already speak to your car. Naturally that same technology is going to come into the home. It will be seamless and 360 degrees around you. When it is easier to interact with technology, then people want more of it.”

““You can make $2 million in a year just being a smart home installer doing one system per day,” Tufail told the gathered audience.
He used the example of how much easier it is to adjust a thermostat via voice than it is to open an app and change the temperature.

“Your business model is not going to change with Google Assistant…it is only going to get better,” he added.

Among the statistics he cited is that 72% of consumers want smart devices with voice control capabilities. He also noted a CNET study that showed Google Assistant has a 92.5% accuracy rate for inquiries, compared to just 33.8% for Amazon Alexa, and just 31.8% for Samsung Bixby, and 28% ofor Apple HomePod.

Tufail also says that Google makes a clear distinction between the “smart home” and “home automation.”

Tufail believes integrators can create a strong business model by targeting smaller homes and simply installing smart home devices that can be deployed in one day.

“You can make $2 million in a year just being a smart home installer doing one system per day,” he says. He went on the offer an example of how naturally an integrator can migrate a customer from an initial query to install a Nest thermostat to a Nest Protect smoke detector, Nest Protect cameras, Nest Doorbell, integrated Nest/Yale smart doorlock, and then add Google Assistant voice control. With the Google Assistant in the home, it then opens the door for conversations about controlling lights, music and TV. Of course, the entire system needs to be supported by an enterprise-grade network.