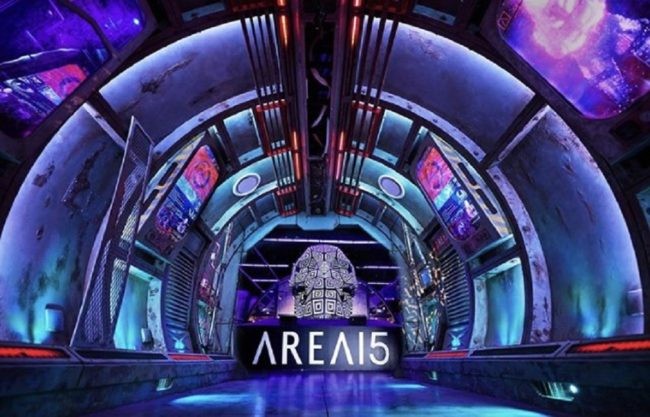 Pro AV and integrators need to think outside-the-box when planning and designing immersive experiences in the COVID-19 era.

The AV industry, like virtually every other industry, now has to rethink how it does business and look for new opportunities in new vertical markets – or even reimagine existing markets where AV has a solid presence.

The COVID-19 pandemic has brought about significant challenges for the industry, particularly in the way of live events and entertainment. The cinema industry is essentially at a standstill as top cinema companies suggest they could be in for a long winter if pandemic-induced shutdowns persist.

Likewise, traditional holiday festivities that typically draw large crowds will be hard to come by in most parts of the U.S., so it’s up to AV professionals to find new, innovative and safe ways to entertain mass amounts of people and keep the entertainment industry alive.

According to Joe Conovoer, a live entertainment expert at Panasonic, the AV industry has a few different ways it can continue to dazzle crowds of people during the pandemic and beyond.

Over the last few months, we’ve seen several artists and musicians perform for their diehard fans, but they’ve done so virtually, making use of extended reality studios in which a litany of AV is used to produce a concert that is then livestreamed to millions of people.

Rather than a music festival with 80,000 people, that can now be expanded to the entire world, Conover says.

“I think it opens up a new audience,” Conover says. “I think one of the biggest realizations is that people are willing to pay for an online virtual experience as long as there is content and some value that they are receiving personally.”

It doesn’t even have to be on a large scale, like what singer Billie Eilish did last month when she utilized this very concept to livestream a concert to paying fans. A virtual experience could be a musician simply performing in the comfort of their own home.

“That just opens the door for revenue  possibilities,” Conover says.

If you’re lucky enough, you may live near a drive-in movie theater– a staple of decades past and part of the film industry that is slowly becoming obsolete.

However, in 2020, everything is backwards and drive-in movie theatres have new life as traditional indoor theaters – at least ones that are open – struggle to attract audiences amid a worsening pandemic.

Because people are largely confined to their vehicles, drive-ins are a sale alternative. They have even been the venue for concerts and other performances.

Now, pop-up drive-in theaters are being constructed across the country, according to Conover. He described a “stopgap” measure of using projection technology and audio in an empty field or parking lot to create an immersive entertainment experience.

“Strap (a projector) on top of a van, bring it to a parking lot and crank some sound until you got yourself a drive-in,” Conover says.

Other use cases Conover has seen include opening up of rooftops and installing a blow-up screen and projector for a similar movie-watching experience.

A staple of entertainment during the holiday season and otherwise are immersive displays utilizing a variety of technologies like projection mapping. The AV industry should double-down on that over the next few months to create walking or drive-through experiences, Conover says.

“We’ve done some really neat ones that I think we can call a success,” Conover says, pointing to one specific project in Las Vegas, which has been hit hard as the local tourism industry in the gambling capital of the U.S. struggles to tread water.

The project, AREA15, is an entertainment complex with shops, restaurants and other tenants that boasts several immersive displays utilizing projection mapping. One installation is a 12-foot-tall, 360-degree projection mapped skull that includes audio components.

The facility – originally expected to open in the winter – was delayed until September due to the pandemic.

The immersive art installations are designed to flow with one another to keep foot traffic moving, similar to the arrows and signs urging you to keep the flow in grocery or retail stores.

Think outside of the box

Since “business as usual” won’t be the reality for some time, integrators now need to think differently about how they plan and design these immersive experiences. ‘

The old way of doing business and banking on customers coming out in pre-pandemic numbers won’t cut it anymore – at least not for a while, Conover says.

“It’s those companies and those integrators that can adapt to that, and kind of get out of their box and provide a solution that maybe they didn’t think of nine months ago,” Conover says. “I think it’s those companies that will really rise to the top and be able to provide that in a safe manner, and a comfortable manner.”