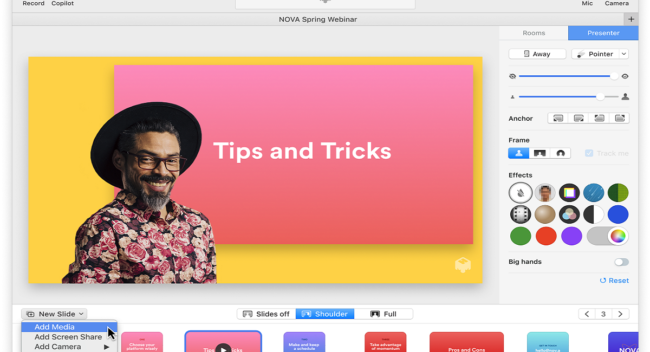 The videoconferencing industry is taking steps to help fight our virtual meeting fatigue, and AV integrators should be paying attention.

By now, most of the world is very familiar with videoconferencing services including Zoom, Google Meet and Microsoft Teams as these tools have become a critical part of doing business since the onset of the COVID-19 pandemic.

These apps and integrated conferencing systems help an organization stay connected to its remote employees and customers, and the technology is future-proofing businesses everywhere and preparing them for another pandemic or simply allowing for more distributed work.

While extremely useful, these services can be a drain on our mental health – especially when we move from one meeting to another.

Although video is now the norm and nearly every conference rooms are being outfitted with videoconferencing systems to accommodate hybrid work strategies, research shows that workers are growing weary of looking at their coworkers or customers on a screen.

Earlier this year, Stanford researchers concluded that this concept is legitimate, stating that four main factors cause videoconferencing fatigue, including excessive amounts of eye contact, seeing oneself during video chats, limited mobility and a higher cognitive load in video chats.

Stanford isn’t the only respected institution saying this – Microsoft’s Work Trends Index and Worklab has found that continuous video meetings cause stress, and breaking up those meetings with breaks can be beneficial.

Microsoft, Zoom, Cisco and other videoconferencing providers have also released features designed to combat some of those issues, including Microsoft’s virtual commute feature in Teams, Zoom’s Immersive View feature and Cisco’s People Insights in Webex.

Now, the focus of providers and integrators is on how to make videoconference calls more engaging, entertaining and less boring.

For AV integrators, helping customers combat videoconferencing fatigue is fairly straightforward – offer the professional-quality video and audio devices being produced by leading manufacturers, make customers aware of the tools and features available in their apps of choice. Other than that, there is little that integrators can do.

In addition to leading videoconferencing providers releasing new tools to combat those issues, there are also newcomers to the industry hoping to do the same and plug the gaps.

One app, Mmhmm, was specifically designed to make virtual meetings less boring. The app creates virtual rooms, presentations and backdrops during video calls and resembles a newscast with weekend updates in a box in the background.

The app can be used on its own, or integrated into Zoom, Microsoft Teams, Webex and others. It can also be used to record YouTube videos.

CEO Phil Libin says the company started working on it a few months after pandemic-induced lockdowns to make virtual meetings less boring. Now, the company is working with manufacturers of conference room systems to partner on hardware packages.

“Boring is the worst sin you can commit in the video world,” Libin says.

Being charismatic and engaging in person comes naturally to a lot of people, but not so much on video. However, existing videoconferencing services and systems don’t have many tools that allow users to be as entertaining on video.

Hybrid video experiences will be the norm

“Very rarely did you have something that existed in multiple quadrants at the same time,” he said. “What’s happening now is we can reimagine each of these experiences as hybrids and existing simultaneously as a mix of live and recorded and on video and in person.

For a doctor’s visit, that experience has shifted from being just live and in person to being in at least three other quadrants, Libin says.

“My experience starts online and recorded when I’m just searching for information or watching videos, then maybe it transitions and  make an appointment online, then it transitions to online and live with telemedicine and I can actually talk to a doctor,” Libin says.

Similarly for education, students would benefit more from watching a pre-recorded lecture, but also a live and online experience for asking questions about the subject. Meanwhile, classroom laboratory experiments will always be live and in person.