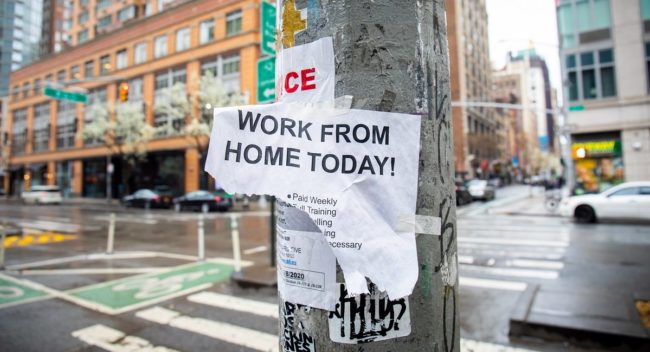 COVID-19 has presented new opportunities in AV, so small integration firms can come out of the pandemic ready to scale up workforces.

For smaller AV integrators competing with larger companies, finding new talent was already a challenge before COVID-19. The pandemic is now introducing new challenges to firms without the resources and recruiting power of large organizations.

Much of the U.S. and global economy has been on life support since March, resulting in layoffs, furloughs and other cuts impacting staff. The AV integration industry is not immune, and many have had to make those hard decisions.

However, with new opportunities in remote work, reliance on tried-and-true hiring and recruiting practices and capitalizing on an increase in job seekers, small integration firms can come out of the pandemic ready to scale up its workforce to even stronger levels.

AV integrators are already experts in remote work technology, so it should be no surprise to them that many companies have barely skipped a beat when transitioning to remote work due to the pandemic.

Both now and in the near future, integrators should embrace remote work both as a hiring and recruiting tool and as a means to keep their employees safe and happy, Winner says.

“Certainly, I think a lot of them have learned now in resources they could start to utilize that are remote,” Winner says.

There have been countless studies and surveys of U.S. workers, and the overwhelming notion is that workers really like working from home and want to continue doing it in at least some capacity.

The coronavirus pandemic accelerated that trend and exposed workers to the convenience of remote work, but it was already a rising trend before the virus hit, as remote work grew 173% from 2005 to 2018, according to Global Workplace Analytics.

However, even with that increase that was just 3.6% of the U.S. workforce. An estimated 56% of workers have jobs that they could carry out at home.

“Having your design engineers, your programmers, even your install and field teams working remotely in this situation is helpful because they don’t have to report into work, but they can still go on-site as needed,” Winner said.

Although there are few educational institutions offering some kind of audiovisual programming, those integration firms that have partnerships with those schools have a solid pool of entry-level candidates that will eventually grow into industry leaders.

Vocational and technical high schools, community colleges and technical institutions are littered throughout the U.S., making it easy and convenient for integrators not based near major population hubs to from that talent pipeline.

Even local high schools are always eager to form partnerships with the private sector to hep give students a jump start on their careers, Winner said.

“Work with them in their classroom, and hopefully maybe even … go in as a professor for the day to talk about the industry and really integrate — no pun intended — what you do with what they’re teaching kids now,” Winner says.

That can be especially helpful for integrators that may have problems convincing graduates to move to a less desirable part of the country.

Both AVIXA and NSCA offer programs to help provide students with a pathway to a career in AV, training and other resources.

According to AVIXA, there are 23 colleges, universities, high schools and other institutions that partner with the organization.

Luis Schilling, CEO of Palermitano Solutions, says finding new talent is always difficult operating out of the Bay Area in California. However, job fairs at local schools have proved helpful.

That’s actually how the company, founded in South America, found its first U.S. employee. At one job fair, the company brought its tools and set up a soldering station to create a game: pick a cable, pick a connector and the company will provide a pinout as a guide.

“We were the center of attention,” Schilling says. “They even stayed after the job fair had already ended. From that, we got one of our first US employees who is still working with us.”

Stay connected to those out of work

For about two months, the economic outlook in the U.S. appeared bleak as millions apply for unemployment due to layoffs and furloughs.

If your company had to make those hard decisions, you should stay connected to those employees and be transparent about future plans, says Mark Winner, managing partner at Tier PM AV/IT Solutions.

Staying connected to the workforce will go a long way toward building that pipeline once the economy begins firing on all cylinders again, Winner says.

“Have the process ready where you start talking to potential employees or circling back to people in furlough to let them know that things will hopefully be coming back online soon,” Winner says.

With all eyes on social media both in the technical age and even more so in quarantine, keeping an active profile will help show those employees that your integration firm is still in business and ready to scale back up.

While we don’t have AV-specific numbers, an estimated 33.5 million Americans have filed for unemployment since March — truly unprecedented figures.

What we do know is that there undoubtedly been headcount reductions in the industry, according to a May 22 AVIXA report.

When it comes to layoffs/furloughs, while the share of companies reducing staff has leveled off, some AV providers are slightly upping their assessment of the extent of those reductions. For example, last week 30% of AV providers said 1% to 10% of their workforces had been laid off/furloughed; this week, that figure is just 6% and a greater share (22%) said layoffs/furloughs were in the neighborhood of 11% to 20% (up from 12% saying so last week). Notably, the share of AV providers citing much larger staff reductions (81% and up), has grown to 28%. If there’s a silver lining, it’s that respondents still indicate the vast majority of these reductions are furloughs, not permanent layoffs.

That means the talent pool will be gigantic once things return to normal, and that doesn’t include entry-level job seekers who are unfortunately beginning their career in this new normal.

“There’s going to be a lot of talent, potentially,” Winner says. “It depends on if people go back to their original jobs and original companies, but there could be a lot of people out there looking for work. So now is the time if you have jobs that you think are going to start to come about in the next month or two, to start advertising them.”