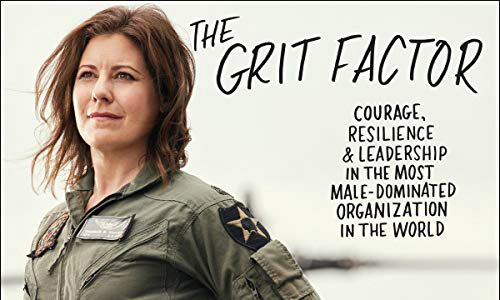 In this edition of the Security Speaking podcast, we explore workplace diversity with ISC West keynote Shannon Polson, a former U.S. Army Apache helicopter pilot and founder of the GRIT Institute.

Sometimes random circumstance brings you in to contact with extraordinary people. Take, for example, the Security Industry Association’s decision to book Shannon Polson to keynote the SIA Women in Security Forum (WISF) during ISC West on Oct. 7.

SSI has a close affiliation with the SIA WISF through our collaboration in publishing Secure Perspectives, a monthly column profiling women in the security industry. So when word crossed my desk that Polson would be the featured Forum speaker, my interest was piqued: “Hmm. Who is this person?”

I threw her name up into the google and quickly learned she’s led an extraordinary life. Not the least of which was becoming one of the first women to not just pilot an Apache attack helicopter in the U.S. Army, but command two Apache flight platoons, including one during the Bosnian War.

There is so much more to Polson’s life story, but following her military service she went on to work in the corporate world as a manager and leader at companies including Microsoft. She would later pivot to developing and designing a leadership training platform for individuals and companies, based on her life experiences.

In sum, she is founder of The GRIT Institute, a leadership institute committed to ethical whole leader development with online and supported training, and author of the newly published “The Grit Factor: Courage, Resilience and Leadership in the Most Male Dominated Organization in the World.”

I caught up with Polson the other day to discuss a few topics in her expertise wheelhouse and relate them to business leadership within the security industry. Namely, workplace diversity, mentoring and why grit is central to leadership. Her thoughts on workplace culture are also worth noting.

“From the culture standpoint, what you really are doing is developing a culture of respect. And that means that we are respectful of each other. We’re respectful of what we bring to an organization. It seems so basic and yet it is such a challenge for such a number of places still,” she comments.

A lack of empathy remains a brutal culprit to exhibiting long-held views or opinions that may be offensive to co-workers.

“One of the biggest things to understand is that, for example, respect and empathy are not at all incongruent with outstanding business performance and in fact are tied to increased business performance,” Polson continues. “At the end of the day you’re looking for a culture that encourages people to bring their full selves to work to really be able to give all of their efforts in pursuit of the business goal, instead of fighting some kind of strange cultural resistance to their being there. And that obviously automatically makes a company much stronger.”

You can register for the SIA WISF keynote here. Polson’s address was pre-recorded and will play Oct. 7 at noon (EDT). But you can interact with her during a live Q&A session following her presentation.

You can view my interview with her below, listen or download it directly from SSI, or listen to it via your streaming platform of choice. (Red-faced spoiler alert: I botched the pronunciation of Tanzania. Doh!)

Listen to this podcast using the embedded player below, or use the link to download (right-click to save) or to listen using your system’s media player. On mobile devices simply click the Download this Audio File link below and your devices player will automatically play the file.

Listen to this podcast right now.