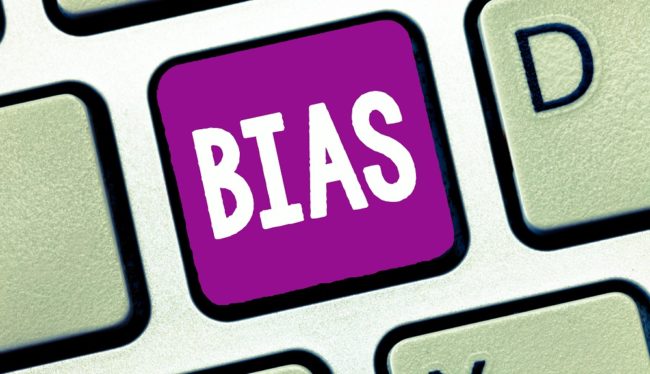 Humans tend to have these common biases that lead us to believe things are worse than they actually are. Understanding these biases can help you grow.

As of July 30th, 2020, there has been 17 million confirmed cases of COVID-19 with 667K deaths worldwide. The United States and the United Kingdom seem to be more politically divided now than at any other time during my short 39-year stint on Earth. The past decade has seen the warmest climate in recorded history. Extinction of plants and animals are occurring at what scientist’s estimate are 1,000 times the normal pace. There’s poverty, disease, child labor, pollution, hunger, slums, water scarcity, equality issues, wildfires, and more.

But the truth is, the world is significantly better than our common biases and misconceptions lead us to believe.

Hans Rosling, a Swedish medical doctor, statistician, professor of international health, advisor to the World Health Organization and UNICEF, and one of Time Magazine’s 100 most influential people in the world, wrote a research-based book in 2018 titled: Factfulness: Ten Reasons We’re Wrong About the World–and Why Things Are Better Than You Think.

The book explains ten common biases that humans tend to have without even realizing it.

It would do every integrator good to familiarize themselves with these biases – but for this month I’d like to focus on four specific biases that pertain to AV integrators.

The Gap Instinct describes a human tendency to divide things into two conflicting groups with an imagined gap between them, such as us and them, rich and poor, developed countries and developing countries, etc.

When Rosling asked people around the world what proportion of the world population lives in a low-income country, the majority of the respondents answered, “50% or more.” However, the correct answer is 9%.

People ignore the overlapping spread between the two extremes. Most countries are in the middle of the income spectrum with 75% of the world’s population living in middle-income countries.

When we think of our own firm versus the competitor, we think we’re good and they’re bad. We’re the best and they’re just lesser entities.

By becoming aware of the Gap Instinct, integrators can open up to taking on different projects in different verticals while also understanding that they need to go above and beyond to differentiate themselves.

The truth is, when looking at the industry as a whole, there are very little differentiators between firms.

The vast majority of all integrators have very similar skill sets.

They’ve created a wide gap in their industries. In the AV industry, we have a very small gap.

We have few, if any, great differentiators. We try to segregate ourselves by serving different vertical markets, but the reality is most verticals are relatively similar.

We don’t target the K-12 vertical at my firm so we don’t have the resume to bid on a K-12 project based solely on project experience.

But we have designed and installed systems with similar equipment and functionality requirements, so I am certain we have the required skillset to successfully complete a K-12 project.

No doubt there are small nuances to each vertical, but promoting vertical specialization, in my opinion, is nothing more than an attempt to manufacturer a wider gap so that firms can attempt to market themselves as outliers.

By becoming aware of the Gap Instinct, integrators can open up to taking on different projects in different verticals while also understanding that they need to go above and beyond to differentiate themselves.

You’re not as different from your competitor as your bias would have you believe.

Humans have a tendency to notice the bad more than the good. Have you noticed that negative news is much more likely to be spread than good news? Good news is rarely reported, and negative news is the news that gets shared.

Adding to that is the tendency to glorify our childhood and early life experiences, remembering the good and suppressing the bad.

Countries do the same by painting a rosy history, although it’s often filled with war, slavery, disease, and economic depressions.

What are we hearing right now in AV? Corporations are no longer going to build large headquarters. Conference rooms are going to disappear. Students aren’t going to return to college campuses.

At the same time, there is information declaring the opposite, or providing advantages for the industry.

We need to distinguish between a level (bad) and a direction of change (better). Convince yourself that you can have both even though gradual improvement is not newsworthy.

While you can’t socially distance in a conference room, these rooms now require videoconferencing and collaboration technology to engage with remote workers.

Colleges, in the interim, need distance learning studios to handle the lack of students on campus at the moment.

People will come back to the office in order to better interact with coworkers, even if they keep a day or two each week to work from home to maintain a less-dense in-office population.

Students will return to universities because campus living is a huge part of the college experience.

While it’s easy to get wrapped up in negativity the pandemic will eventually end, and for now there are still opportunities for integrators.

Understand that just because something is bad doesn’t mean it cannot also simultaneously be getting better.

We need to distinguish between a level (bad) and a direction of change (better). Convince yourself that you can have both even though gradual improvement is not newsworthy.

The human tendency is to assume that a line will continue straight into perpetuity. Over the short term, straight lines are common. Over the long term, most lines are S-curves, random walks, bell curves, or slides.

The world population will not continue to increase at its current rate. A human does not continue its growth rate from birth through death.

As a business owner, you can’t rely on straight line growth every year. There will be ups, downs, stalls, and stops. We need to not be so hard on ourselves when we have a down year.

Who remembers MCSi? In 2003, they were the largest AV integrator in the U.S.

They were on a major straight-line growth pattern due to acquisitions and pricing strategies.

People believed MCSi was unstoppable – they had the lowest pricing, were winning the biggest projects, and half the industry seemed to work there.

Then in 2004, fraud charges came against the CEO and the company went bankrupt.

As a business owner, you can’t rely on straight line growth every year. There will be ups, downs, stalls, and stops. We need to not be so hard on ourselves when we have a down year.

Simply acknowledging the fact that humans think linearly in a nonlinear world will lead to improved decisions.

Humans tend to feel the need to take immediate action when danger is imminent. This instinct served us well when saber-toothed tigers hunted in the same grasses as early humans.

But nowadays, there aren’t many imminent catastrophic risks. Humans have successfully mitigated most chances of absolute destruction.

Rarely, and hopefully never, will you be in a situation where if the decision is not made quickly, the outcome is death. And since humans have done a great job at reducing the depth of the downside, we need to step back and start thinking slowly.

You can always downsize a company, LLC’s and corporations protect the owner’s personal assets, and even the worst-case scenario of bankruptcy offers some forms of protection.

When it comes to business decisions, there are no life or death situations – though the Urgency Instinct would lead you to believe the opposite. Most options are not now or never, they are either/or.

In 2011, I had a fledgling integration company with four people. Our largest contract was about $250,000. Then we were awarded a $2.1M project for a university.

When it comes to business decisions, there are no life or death situations – though the Urgency Instinct would lead you to believe the opposite. Most options are not now or never, they are either/or.

We didn’t have the money in the bank to front the $1.6M of equipment cost needed for the project – and state laws said the university could not provide payment until equipment was delivered.

A bank wouldn’t give us a loan. We were going to miss the opportunity.

Then we sat back and thought.

We called our manufacturers and distribution partners and asked for extended credit terms of net 60.

Then we talked to the university about paying us net 30 when it arrives at the facility. It was an easy way to get around the down payment, deliver the equipment, and receive payment in time to repay the credit to manufacturers.

It’s a common practice in the AV industry, but it wasn’t at the time in our four-man firm. Had we made an urgent decision we would have forgone the project for lack of funding.

However, by taking the time to think it through, we came up with a solution that allowed us to take on the project.

When we recognize our common biases, we can see the world differently. We need to be fair to ourselves and to our competitors.

We need to understand that growth does not occur in a straight line. Just because we hear bad news does not mean good news doesn’t exist.

Finally, even when things seem urgent, there is always time to slow down and think critically. Doing so will make you a better integrator, and a better person.