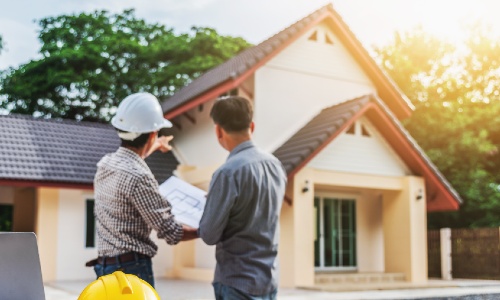 Single-family housing starts have continued to surpass expectations for 2020 thanks to historically low interest rates and homebuyers preferring suburbs to urban dwellings.

Despite ongoing economic insecurity set in motion by the coronavirus COVID-19, homebuilders continue to report solid gains in single-family production. According to a report from the U.S. Department of Housing and Urban Development and the U.S. Census Bureau, overall housing starts increased 4.9% in October to a seasonally adjusted annual rate of 1.53 million units.

The October reading of 1.53 million starts is the number of housing units builders would begin if development kept this pace for the next 12 months. Within this overall number, single-family starts increased 6.4% to a 1.18 million seasonally adjusted annual rate, and are up 8.6% year-to-date.

Similarly, the pace of single-family starts was the best since the spring of 2007. The multifamily sector, which includes apartment buildings and condos, remained unchanged from the previous month at a 351,000 pace.

“As seen in the NAHB/Wells Fargo builder confidence index, single-family starts continue to grow off a historic rebound that began in April,” says Chuck Fowke, chairman of the National Association of Home Builders (NAHB) and a custom home builder from Tampa, Fla. “Current demand is being supported by historically low interest rates and homebuyer preferences shifting to the suburbs and exurbs.”

On a regional and year-to-date basis (January through October of 2020 compared to that same time frame a year ago), combined single-family and multifamily starts are 15.5 percent higher in the Midwest, 7.5% higher in the South, 4.7% higher in the West and 6.4% lower in the Northeast. The gains for the Midwest are notable and being led by the shift to lower cost, lower density areas.

“Single-family permits were approximately flat in October, which suggests housing starts will level off in the months ahead, although at post-Great Recession highs,” says NAHB chief economist Robert Dietz. “Builders cite a lack of lots and decreased availability of building materials as headwinds that will limit production.”