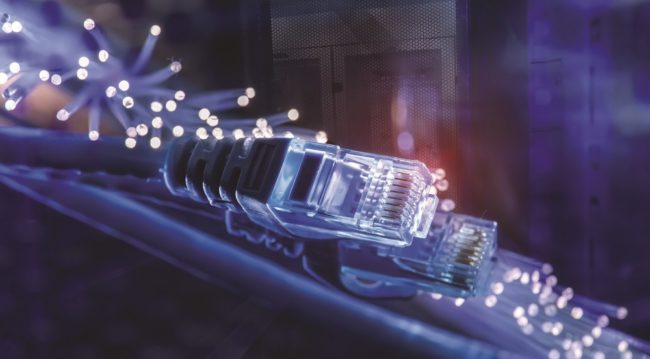 We spoke with integrators & surveyed our audience to learn more about how and why AVoIP is growing in the integration market.

AV over IP solutions (AVoIP), at this point, are a new form of signal distribution that most integrators are aware of, if not actively offering as part of their portfolio.

It involves distributing AV and control signals through the network infrastructure, providing enhanced ability to scale, and forgoes the need to connect at a central location as traditional AV distribution systems do.

“Really larger deployments right now are where we’re targeting this type of [AVoIP] solution,” says Brian Fichter, VP of visual collaboration strategy and operation at Carousel Industries. “When we talk about the traditional matrixing – audiovisual digital matrixing – we still do a fair amount. 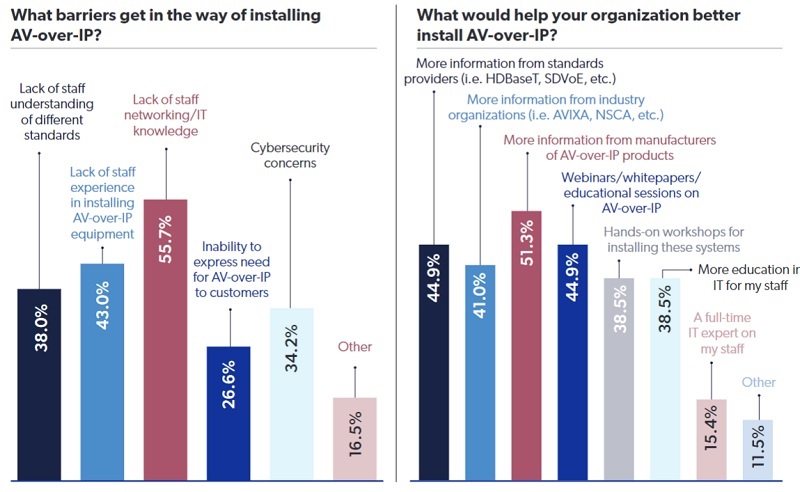 “Our bread and butter is really around those conference boardrooms – small, medium, and large conference rooms. When you’re talking about onesie-twosies, if you will, the math just doesn’t break out for the AV over IP solutions just yet. My team actually did a matrix and a breakdown of the dollars and cents,” he says.

“But where we do have these larger rollouts [AVoIP makes sense]. We did a $2M rollout very recently, where we did multiple campuses across the globe, and we used the AVoIP methodologies and solutions. It was extremely successful,” says Fichter.

There are several common situations in which making the move to AVoIP makes sense, according to Bill McIntosh, president of BrightTree Studios:

“The industry has been longing for some type of standard’s based solutions,” says McIntosh. “This is a way to actually have AV be IT. It’s the only thing we have the follows IT standards. Nothing proprietary. It’s definitely the wave of the future.”

“The vast majority of single, one-off rooms are usually done with fixed frames, and I think that’s primarily because everything is running to the same exact space. They don’t get the benefits of AVoIP, and its simpler to run a transmitter-receiver and keep things off the network. The limitations, though, is length of run,” he says. 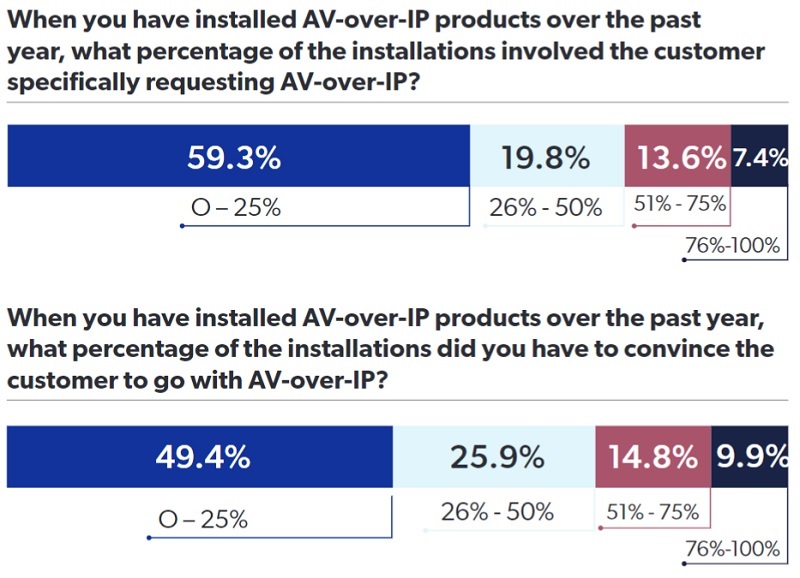 “The flexibility and the scalability is the draw from the enterprise solutions when you’re talking about global deployment,” says Fichter. “But there is a component of the central management and provisioning from an ease-of-use and ongoing support perspective as well.

“It’s not just the original deployment and provisioning of that original deployment, which is extremely important, don’t get me wrong. Equally as important is the support and ongoing management piece, where Carousel will offer managed services to help our customer base with ongoing support,” he says.

AV over IP solutions by the numbers

We surveyed our integration audience to learn more about how the AVoIP market is growing:

AVoIP & the IT department

One of the biggest draws of AVoIP is the familiarity IT departments have with the basic mechanisms (once given a bit of education from the integration firm).

As our survey suggests, the majority of the time the IT department is most influential in making decisions concerning AVoIP projects. As a result, integrators need to ensure they can properly communicate what’s happening with AVoIP – especially considering it involves opening the network to new devices.

“When we’re talking to our customers in the IT space there is an initial investment of time educating on what the platform is and what the benefits of that platform are,” says Fichter. 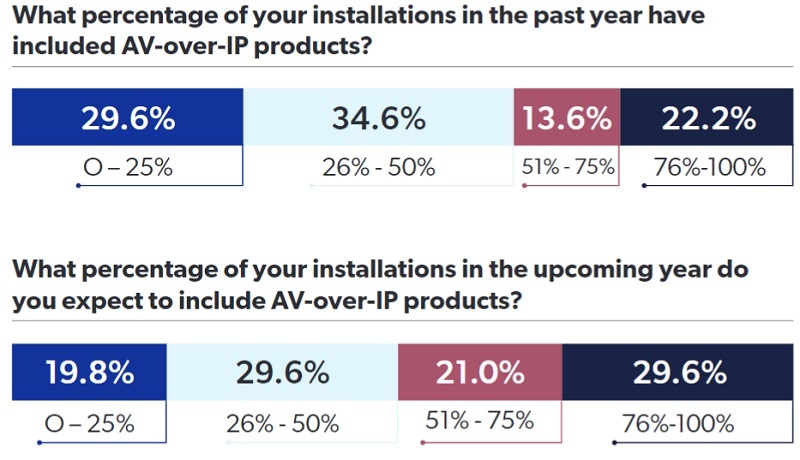 “When you start talking about re-leveraging existing networks, the PoE aspect of it, not having the additional expense of the additional infrastructure, the security aspects and proofing that out through whitepapers and partnerships with manufacturers, the processing capabilities, the video recording capabilities – it just makes sense quicker it seems,” he says.

“The traditional AV integration space learning curve for those that aren’t in it is sometimes lengthy,” says Fichter. “When talking to true IT customers, explaining AVoIP to them, it’s embraced quicker. It’s learned faster and understood more rapidly.”

It’s not always easy, however. IT pros are protective of their network, and for good reason. Without a background in AV understanding, there may be some failure to communicate up front.

“We have had difficulties with the IT group understanding the network configuration portion of it,” says McIntosh. “AVoIP has to go back to a network closet, then it’s directly running through their network switches, which creates some complexity in their switch configuration.

“Coordinating all that. Even when you send them configuration sheets ahead of time. There always seems to be an issue,” he says.

However, having staff on the team that understands programming on a deeper level goes a long way toward making that communication happen.

“I was lucky in that our firm had a couple RCDDs on staff who are already very IT savvy. I also had a number of programmers that doubled as engineers that were very well-versed and had a background in computer programming,” says McIntosh. “Not just Crestron, but JavaScript, Python, C++, and other types of language. They were already IT educated.

“We started using people in slightly different roles,” he says. “The engineer that was primarily designing systems is now going out and doing setup and commissioning of AV over IP solutions as well because he already has that skill set.

“It’s slowly trickling down to the people that didn’t have the skill set, but we had a nice head start. It would be hard to start without having some type of knowledge in-house,” says McIntosh.

“Certainly, the network fundamentals have to be there,” says Fichter. “There’s absolutely a security aspect to this, an expertise that should be understood. Really our video collaboration unit took this on initially, and now we’ve reached out to our other disciplines in our data space to get them up to speed.

“We’re cross-pollinating our other divisions within Carousel for the greater good of our customer base,” he says. “Smaller integrators absolutely need to invest in true network expertise while they get their existing staff up to speed, and certainly keep an eye on the security piece of this because it’s critically important.”

Integrators large and small would do well to seek out a staff member that can serve as that liaison to the IT department for AVoIP projects. At the very least, all integrators should be working toward getting some education of their own. Our results suggest that AVoIP is growing, and the potential of the technology suggests that growth won’t stop any time soon.

“I think [AVoIP] is absolutely the future of this space of the AV industry,” says Fichter. “The flexibility, no latency, the ability to do all of these enhanced features that traditional matrixing cannot do – I only see it growing. We don’t see it going backward.”