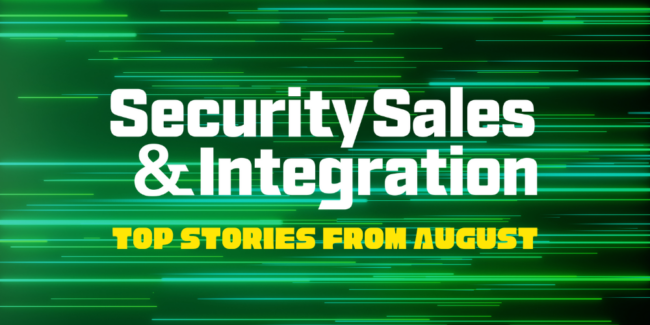 Though August is usually quiet as the Summer winds down — Hollywood refuses to release any blockbusters, kids are getting ready to go back to school, everyone is sick of the heat — it was anything but quiet in the security industry.

The month contained no shortage of eye-catching new stories, some of which could even be dubbed as controversial. In fact, August saw the dissolution of multiple businesses or deals.

The most-read story of the month was news that Ackerman Security would be closing its Georgia office, leaving hundreds of people without a job. The company was acquired in July by Las Vegas-based Intrusion Protection Systems, who plan to keep the brand name. In February, Ackerman sold half of its existing customer accounts to ADT in a cash deal worth $73 million.

At the beginning of the month, Nexkey, a provider of mobile access control technology, sent a letter to its customers announcing it was going out of business and it services would cease on Aug. 31. The company said the economic downturn and current market conditions outside of its control prevented it from finding additional funding to continue business.

Brivo, which announced last November it had entered into a definitive merger agreement with special purpose acquisition company Crown PropTech that would result in it becoming a publicly listed company, told the SEC it was no longer moving forward with the merger. According to the SEC filing, Crown Proptech believes Brivo breached certain terms of their combination agreement prior to the termination, while Brivo says Crown PropTech wanted to renegotiate terms.

After a surprising absence last month, M&A activity has returned to “top story status” courtesy of deals by Snap One and Pye-Barker. You can view all these stories and more in the slideshow.