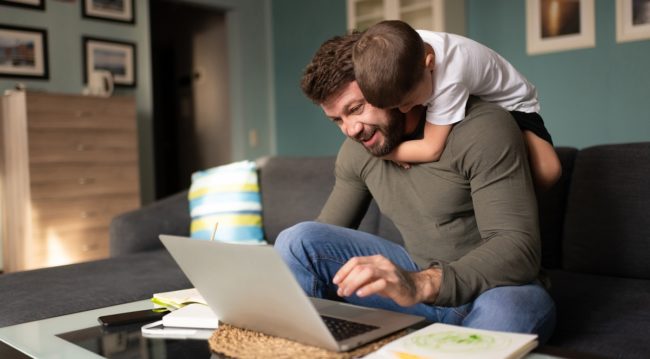 Endless video meetings and working long hours are causing employees to rethink just how much they like working from home, resulting in remote work fatigue.

It’s hard to believe, but we’re now over half a year into the worst of the COVID-19 pandemic in the U.S. and the largest remote work experiment in history.

Armed with remote work technology, many organizations barely skipped a beat or kept the negative effects of COVID-19 from severely damaging their company. Many realized working from home allowed them to be as efficient – if not more – than in the office.

However, our feelings about remote work are changing, according to a new IBM study.

The percentage of Americans who said they want to work from home at least part time declined from more than 80% in July to 67% in August as we entered 6 months of various phases of COVID-19 lockdown.

Further, only 50% said they want to work remote full time, down from 65% in July.

According to Andi Britt, vice president of talent and engagement for IBM in Europe, much of those shifting attitudes can be attributed to the mental health effects of lockdown and isolation.

“Although we [IBM] didn’t go into too much detail on what the mental health issues were in this survey, the kinds of issues that people are struggling with include the difficulty of switching ‘off,”’ Britt says. “For instance, when you’re virtually contactable, that connection is 24/7, so the lack of a commute or travel time means that you are ‘always on.’”

One big thing that manufacturers, software providers and AV integrators pushed at the start of the pandemic was video meetings. Early on, platforms like Zoom, Microsoft Teams, WebEx and many others were considered a viable alternative to in-person meetings.

In most cases, they still are. However, they can cause a good deal of stress, Britt says.

Back-to-back virtual meetings and going from call-to-call can make for long days and in many cases, eliminates natural pauses throughout the day, like grabbing coffee or having friendly conversations with coworkers.

“Those interactions are often lost due to the way meetings are scheduled across on-hour slots, even overlapping lunch hour at times,” Britt says.

Employees are expected to be “always on,” which can sometimes result in working long past 5 p.m. or the end of the normal work day. That’s exacerbated as many employees feel pressured to work harder due to the economic factors that could cost them their jobs, Britt says.

As the coronavirus declines in some areas of the country, workers will inevitably return to the office in a somewhat limited capacity, while others continue working from home. That’s leading to a hybrid work environment that could prove to be tricky to manage.

According to Britt, policies and procedures around remote and hybrid work should start with trust and empathy.

Initially, the conversation in the spring was about how to make sure employees are focused and continue to be productive while at home.

That mindset should be combined with the reality that working from home can be difficult when employees are balancing their home life with work and taking care of loved ones.

Companies can also take steps to make meetings less stressful, like limiting them to 45 minutes instead of an hour and not requiring employees to switch on their camera for every meeting. Organizations should also refrain from scheduling meetings during lunch hours, Britt says.

“Employees need understanding and support during this time rather than a set of rules and regulations, and checks and balances, Britt says.