Brinton Security Services was among the smaller companies represented at the 2016 Total Tech Summit, but this didn’t stop the security integrator from implementing big changes once the event was over.

The company’s owner, Jason Brinton, attended the inaugural SSI segment of the 2016 Total Tech Summit. During the event’s three days, Brinton amassed an assortment of valuable lessons and connections to bring back to his business.

“It has really helped us with our inventory control, job tickets, scheduling and technician interface,” says Brinton. “The office staff unanimously likes the new software better, and it has a lot of organizational and time-saving features.”

The company has also amplified its focus on advertising and marketing, investing in new promotional solutions and giving the company website a complete makeover. 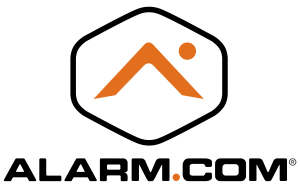 Alarm.com was one of many exhibitors that Brinton met with during the event through intimate one-on-one meetings and boardroom presentations. In addition to SecurityTrax, the company also has begun supplying its technical team with a new arsenal of technological innovations.

“As far as new products, we did switch the technicians to a few products from Gem Electronics, a few from Resolution Products and picked up a couple new devices from URC,” says Brinton.

Brinton undoubtedly made great connections at the event with companies and products that have gone on to benefit his business, but perhaps most valuable to the integrator are the relationships he has forged with his fellow guests.

“I have made a few connections with people I met at the show,” says Brinton. “It has been very useful to be able to call them and get advice or help with some of our organizational issues.”

Brinton cited the advice and influence of his more-experienced peers as being major driving forces behind the decisions he made during and after the event.

“We really learned a lot from managers and owners of larger companies that have already fixed some of the hurdles we are currently contending with,” he says. “The Total Tech Summit opened our eyes to a lot of mistakes we were making that other companies had already made and corrected, so it saved us a lot of pitfalls. But, show me a company that hasn’t made any mistakes and I’ll show you a company that hasn’t done anything!”

Thanks to the new practices, products and contacts gained from attending the Total Tech Summit, these hurdles have all been cleared and mistakes have been amended. Brinton now looks forward to the future of his evolving security company, a future that will flourish even more during the 2017 event.