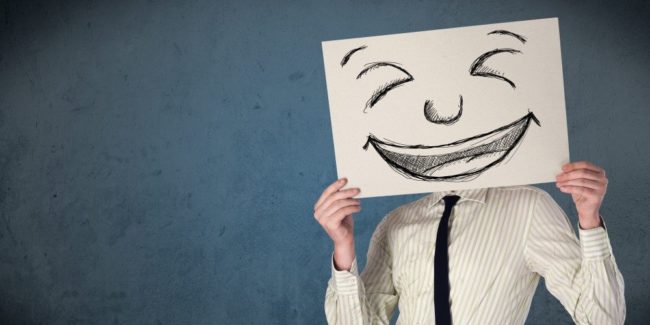 Ron Davis says when the pandemic is finally through, people are going to be looking for something less serious than a security or safety system. Here’s what you can offer.

A.J. Gomez is the kind of guy you’d like to hang around with. Always has a funny story, one of those guys that most of us would like to be like — outgoing, friendly, knowledgeable about our industry and always active in the industry.

Gomez is also pretty smart about running a business effectively. He has much of his business out in the northwestern suburbs of Portland, Ore. with another office across the river into Washington. He’s got a big base of customers and has been around a pretty long time.

I’m guessing that I met him sometime in the late 1970s or early 1980s. During that period of time I was traveling around the country doing speeches, seminars and even a little consulting. Every time I spoke in the Pacific Northwest (which was usually a couple of times a year) there were, seemingly a lot of regulars in attendance.

But almost always, Gomez was in attendance, taking notes and asking really good questions. After a reasonably short time, we became friends and would go out to dinner whenever I would come to town. He had a huge appetite for information and ideas that would help his business grow. This time, when I called him about his great idea for my column, I finally caught him off-guard.

The question I asked him was (mind you, this was toward the end of June 2020, and the coronavirus was still doing a lot of damage to both people and businesses), if you had just one really great idea you could share with everyone in the industry about what you’re going to do when we’re finally rid of this pandemic, what would you answer? And before you answer, let’s assume it’s going to happen sometime before next year.

I waited for a few moments for his response, half anticipating a great Gomez joke or story and when he replied, “Well, I guess I would activate the 10-foot rule in our company again and make sure that all of us were kept busy!” I couldn’t imagine what the “10-foot rule” in the alarm industry was. I guess my first assumption was never place any sensors closer than 10 feet to each other or some such other rule that technical people generally have on the tip of their tongue.

Not this time, Gomez was serious. Really serious. So I responded, equally as serious, “Tell me what that rule is.” And with that, “Gee, Ron, I would’ve thought you knew this … In fact, I thought I learned it from you. You remember, anytime somebody gets within 10 feet of you you’ve got to let that person know what business you’re in.” And with that, Gomez promptly let me know he was already running late and had to go.

I was about to let him go, when I realized that Gomez had really given me the nugget of a great idea … which was probably his intent all along. So I started thinking about all the things we had discussed in some of my seminars about lead generation or in other words, finding prospects.

I remember sometime in the early 1970s, one of the approaches we used was to make about a 1 ½-inch-around lapel pin with any one of a number of phrases on it. A couple come to mind, such as “I SAVE LIVES FOR A LIVING, ASK ME,” or “I DO IT ONCE A DAY!” or “I KEEP BAD GUYS AWAY FROM PEOPLE.”

It was just one of those ideas, that at the time, seemed to find an audience. And of course, people who liked the idea came up with their own phraseology and made up their own lapel pins. And I remember seeing some pins that would probably get you in trouble today, but back then, they were different, they were cute and they were door openers.

Salespeople who wore them, walked into crowded restaurants, bus stops, shopping malls, anywhere that people would be standing or milling around. People would always look at those pins, many would smile, and occasionally someone would ask where they could get one. And of course, that started a conversation. Now, there is an entire industry — the premium industry — that makes all kinds of giveaways, or as I used to call them, conversation starters.

Let’s face it, when this pandemic is finally through with us, people are going to be looking for something less serious than a security or safety system. There might be something out there that would put a smile on people’s faces and at least give you or your salespeople an opportunity to create a dialogue that will lead to a discussion about security.

Now I’m not so naïve as to think that you, my reader, will go, “Wow, there is an idea that can change the industry!” However, I think the real message is that whatever we do, we need to lighten up. Maybe a premium will do it. Maybe something cute in an email will do it. Maybe a great quote from some of history’s great thinkers sent out once a day will do it.

Think about what Alarm.com has done for our industry. It’s offered a premium item that most people want with their security system. Right now it’s probably sold with the charge to the customer. Sometime in the future, maybe something like that will be given away.

Maybe it’s integrating a security system with one of the clever devices that turns on lights, starts the stove, regulates air conditioning and probably scratches your back in the evening if you need it. It’s called added value. How do we sell it? How do we package it? How do we charge for it? Will it be too silly, or not silly enough?

Yes, I think the industry will go through a modest change. We are going to find newer and far more effective ways of getting our message out there. Gomez mentioned that he was getting leads from Home Advisor, the firm that refers all kinds of jobs to homeowners. In fact, there are several firms like that and you should talk to all of them.

What about using Alexa as a premium? Of course that might lead into you becoming, modestly at first, but pretty intense later on, a full-service integrator. I think a lot of people would add security to an automation system more readily than adding an automation system to a security system.

What do you think? The answer may make your business a part of the growth industry. Why not use the time now to think about what you could do when all of this is behind us. It could pay big dividends.