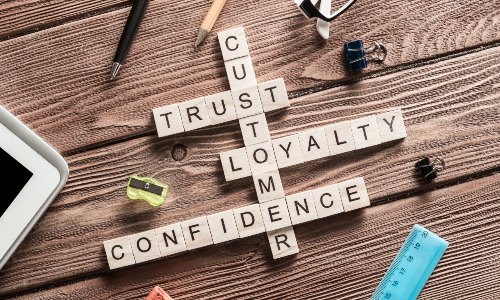 While every business wants to win over every prospect, the more important thing for business owners to consider is how to make each meeting impactful for each prospect.

Last year I was on a business trip overseas, visiting prospective new customers, with a local sales rep who distributed several of my product lines. During our conversations, a company came up which might be a good candidate for some of our joint product lines. The sales rep said it will be difficult to get a meeting with the dealer, so I suggested he mention that I was in town and would like to see him again since we had developed a nice business relationship in the past. The distributor took my advice, and the dealer was delighted to schedule a meeting with us for the next morning.

We arrived early to the dealer’s showroom the next morning. When we settled in the conference room and spent the first 15 minutes just catching up. I listened as he discussed the challenges his company is facing. Then, the owner asked me to tell him about my business and some of the brands and products I was representing. Towards the end of the conversation, I asked if he would like to hear about a specific brand I was representing. We both knew it was in a product category that he had already filled by a competitor. I sensed reluctance, but after a long pause he said, “I’ll give you 5 minutes.”

We enjoyed a very rich conversation about the merits of the brand and how it would benefit his business, 5 minutes turned into 10 and 10 turned into 20. I did not ask for a commitment; it would have been inappropriate at that time. We shook hands, I thanked the business owner for the time he invested with us and we were off to our next meeting.

When I returned home from my business trip, I followed up with each dealer we met with over the course of the visit. When I contacted the business owner mentioned above, I provided him with further materials related to our conversation and thanked him again for his time. I received a call from the local sales rep later that week to tell me that he just finished a conversation with the business owner. He informed the rep that he was immediately switching all of his business over to our brand! Our 5-minute opportunity resulted in an initial order of over $100K! The local sales rep and I were clearly ecstatic to hear the news and welcome this incredible dealer to our brand of products.

Please understand that I am not a magic sales guy with secret talents. I reflected long and hard on what we had done right to earn the business from a well-respected businessman. The following are some lessons I learned after reflecting on this and others leading up to it:

#1: Make the Meeting Delightful for Your Prospect

Years ago, I was preparing for a meeting that could have a dramatic, positive impact on my business. I had cold-called a prospect and asked for 5 minutes of his time at an upcoming trade. Leading up to the meeting I had prepared excessively: writing and rehearsing what I would say, discussing the possible content for the meeting with others, then re-writing and rehearing the new content – all with the single focus of winning the business from this prospect.

The morning before the meeting I went for a run and listened to a podcast interview with Adam Robinson. Adam was a world-class Chess Master. When Adam was a freshman in high school someone beat him in chess in just five moves. He was so fascinated by the skillful and efficient tactics of his opponent that he became obsessed with chess and specifically with the games and tactics developed by renowned world champion chess player: Bobby Fischer.

One day, he was in central NYC with his mother when he spotted Mr. Fischer walking down the street. Adam turned to his mother and said “mom, I need to meet him.” Adam ran across the street and graciously introduced himself to Bobby Fischer, then began asking him very specific and detailed questions related to moves he had chosen in certain games. Mr. Fischer was so delighted with the conversation, he invited Adam to join him for lunch. That day was the start of a close friendship between these two men.

When Adam was asked in the podcast interview what advice he would give to someone with a similar “golden opportunity”, Adam said, “I made the meeting all about him.” Adam didn’t have a goal to develop a close relationship with Mr. Fischer. He simply wanted to have an enjoyable conversation with him, and the result was a close relationship.

Once I made this decision, a massive weight lifted off my shoulders and the meeting resulted in success. The long-term relationship is far more important than a short-term order. You may be thinking some prospects will never come back again, which is possible. However, if you make a lasting, positive impact on someone maybe they will tell others to call you or you may cross paths again in the future, as I did with the business owner.

#2: Focus on What Is Important to Your Prospect, Not You

In my meeting with the business owner, we spent the first 15 minutes just discussing his family, business, life and his local market. During the course of the conversation, I became educated about some of the issues he is faced within his business: competition, limited number of lead technicians, system design challenges, etc…

As the famous saying goes: “ God gave us two ears and one mouth, use them proportionately.” Take time to listen to your prospect and be willing and able to stop talking and learn about their needs during the meeting. When it came time for the 5 minutes to discuss my brand, I focused on how we can have a positive impact on the challenges he shared with us. I invested zero time in technical features and focused exclusively on the benefits to him and his business.

As I mentioned, the first action item for me when I return from my trip was to contact each person who I had met with during the course of my visit, to thank them for the time they invested with me. I also took notes on any follow up items and made sure to act on these immediately upon returning to my office.

Make sure to have your priorities clearly organized before going into any meeting and you will likely experience much better satisfaction with the correct measure of success!